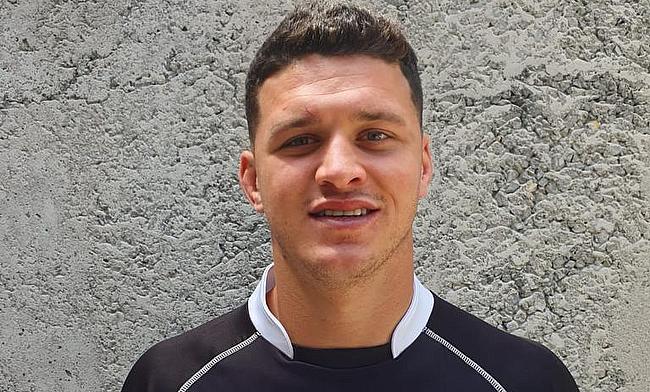 It is raining in Gijon when James Botham enters the Zoom call. It’s maybe not exactly what he had in mind for a week in Spain ahead of playing for the Barbarians at the Estadio El Molinon.

Last weekend, the back-rower would have seen the world’s most famous tourists beat England 52-21 at Twickenham, the team loaded with Top 14 regulars, France internationals and a retiring George Kruis.

It is now an entirely new squad that will take on Spain on Saturday and this group of players is being coached by John Mulvihill and will be captained by former Wales centre, Hadleigh Parkes.

It is a team with much to like about it, with Devin Toner and Tom Wood playing their last professional games in the storied black and white hoops, whilst Toulouse’s Charlie Faumuina and Tim Nanai-Williams are also in the mix.

At 24, Botham is a spring chicken in contrast to many of his teammates this week, while Colomiers scrum-half and son of Fabien, Mathis Galthie, is by far and away the youngest player in the squad at just 20.

Checking out the stadium ahead of the weekend’s game along with a cheeky kicking contest ????#Baabaas #rugby #Spain pic.twitter.com/HHuSPj3zSK

With nine international caps to his name, Botham wasn’t selected by Wayne Pivac for Wales’ summer tour of South Africa and before going headfirst into Cardiff Rugby’s 2022/23 pre-season, the flanker has taken time to join one of rugby’s most revered clubs as well as follow in the footsteps of his father, Liam, in pulling on the jersey.

“The old man has played [for the Barbarians] as well, so that was a thing,” Botham said. “It is another step, isn’t it? It’s another tick in a box. You always want to play BaaBaa’s, you’ve watched them play, and it has always been a thing since I was a kid that I have looked at and said, ‘it would be great to do that’.

“When they gave me the opportunity to do that, I was all over that. For me in my previous seasons, I haven’t really played so much rugby. This season I have strung a few games together. It is kind of just another game really.

“We have got such a long pre-season coming up. It is going to be 12 and a half weeks, and in my eyes, the season has just ended anyway.

“The URC [United Rugby Championship] final was only last week. If we had done really well in the league or got to the final, we would still be playing now.

“I didn’t see it as cutting into my time. It was more the opportunity that stood out.”

After making his professional debut in early 2018, Botham’s career has been on a steady incline. Year on year the flanker has been handed more opportunities to impress, primarily by Mulvihill, and made his international debut against Georgia in 2020.

Last pulling on a Wales shirt in 2021, Botham has been a relative constant at the Cardiff Arms Park this campaign. His efforts meant that at the club’s end-of-season dinner, the 24-year-old was awarded the Players’ Player of the Year, a pleasing conclusion to a fine individual term.

“In the previous seasons, I haven’t really had much time to show myself off and play rugby,” he said. “Like anything else, you only get better playing. If you sit there, not playing at all, you are not going to get better.

“To string 15 games in a row in a season of 80 minutes, plus another couple of games, it has made a hell of a difference to my career. It has given me a time to shine.

“The player of the season, I was over the moon with that. I appreciate the boys voting for me, but like I say, it is just another tick in the box. It is now onwards and upwards hopefully just keeping my head down, not getting ahead of myself.

?? ICYMI | A quartet of Blue and Blacks will continue the fine tradition between Cardiff and @Barbarian_FC https://t.co/jooIRnh7Nj

“There is always going to be bigger, more tougher, challenges ahead and it is just staying focused and not getting carried away at any point of my career.”

That desire for improvement is something prevalent throughout the call. It’s a mindset that has clearly got the 24-year-old to this point of his career, that consistency in a provincial jersey something, in Botham’s mind, that is only going to aid him in the long term.

“You are learning until the day you retire,” he said. “The game is always changing. Things are always moving on. In my head, every single game, every single training session has got to be a learning curve.

“Some days you get close to that and there is some days you drop off. It is how consistently you put the games together and how you can perform, that’s key in rugby.

“One guy has a really good game and the next two games he is off. No one talks about the good game. They talk about the two rubbish ones. For me, it is the consistency and staying out there and trying to give myself each possibly shot.”

With Botham, much of the publicity that he gets comes from his famous family. His father, Liam, played professional rugby across both codes, as well as cricket, whilst his grandfather, Lord Ian, captained England’s Test cricket side.

A storied and talented sporting family, it is hard not to mention them when the opportunity arose. With a wealth of experiences behind them, it is his father in particular that Botham spends the most time with.

“I don’t really talk to them about it,” Botham said when asked how much he speaks to his family about rugby. “I tell them this when they do try and talk to me. Things have changed.

“Since my dad played rugby, a lot of things have changed. Fitness has changed, people are bigger. I find it hard to speak to them about it and we don’t really talk about anything like that in the household.

“The only thing we ever talk about sport-wise is golf when we are playing against each other. It gets a bit competitive when my dad says he is playing off so and so, my brother is being a bandit, and sometimes I will be a bandit myself.

“It is one of those things. I keep it to myself and the way the game is going, it is changing so much that it kind of frustrates me. Say I come back, and I am tired after training and they say ‘I did this’, I have to say it is different now.

“You can’t really talk about it too much. It is great to hear the stories, but the actual aspect of the training and the playing has changed.”

Able to bend the cauliflower ears of both Tom Wood and Devin Toner this week, Botham will no doubt take plenty from this time in Spain.

Undoubtedly keen to carry on his form for Cardiff and to continue developing as a player, when it comes to representing Wales again, Botham believes that only through the continuation of his current processes will another possible call from Pivac arrive.

“I am just going to keep playing,” he said. “I am going to do everything I possibly can, but at the end of the day, it would be an absolute honour to get back in there, but if it is not going to happen, I am not going to get worked up about it because that is the worst thing you can do.

“All I can do is come back in this pre-season, get into great shape, come back and just try and give it my all and let what I am doing on the field do the talking.”