Charlie Faumuina Exclusive: "We will try to get to that final and win the thing” 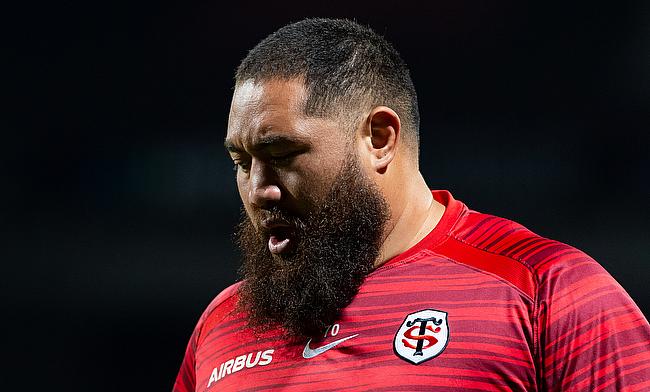 It’s difficult to think of the things that Charlie Faumuina hasn’t achieved in rugby.

Before moving to the south of France in order to represent Toulouse, the tighthead prop played 99 Super Rugby games for the Blues, made 50 appearances for the All Blacks and won a Rugby World Cup in 2015.

That winning feeling has followed him around the globe and in 2019, Faumuina and his teammates brought the Bouclier de Brennus back to Toulouse, ending a seven-year drought of silverware for the club. It was a barren spell that was unprecedented for a team that had lifted four Champions Cups and 19 French league titles up to that point.

But lining the trophy cabinets at the Stade Ernest-Wallon was precisely why Faumuina was brought from New Zealand. Joining alongside South African's Cheslin Kolbe and Rynhardt Elstadt, as well as a certain Antoine Dupont, there was an immediate turnaround for the side who finished 12th overall in the Top 14 standings in the 2016-17 season.

It was the same year that Romain Ntamack emerged from the club’s academy too, and it became blatantly obvious to everyone that the tides of fortune were changing in favour of Le Stade.

In the following campaign, Faumuina and his new teammates placed third, reaching the semi-final qualifiers. During that summer, a familiar face joined the prop in Occitanie as Jerome Kaino followed his friend and former Blues colleague in France to see out the rest of his career.

Writing another page in the club’s history was a major factor in Faumuina opting to join one of the world’s most renowned teams nearly four years ago.

“When we signed to come here, they hadn’t been as successful in the past few years,” Faumuina said. “Obviously, they were trying to make a few signings and trying to get the club back up and running. The timing has been unreal. 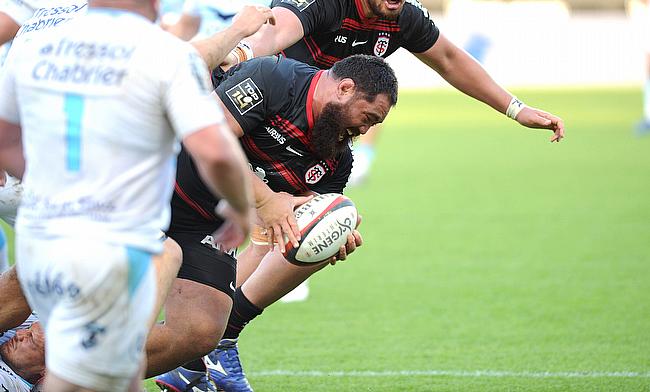 “We signed Cheslin Kolbe, Antoine Dupont, Romain Ntamack was just coming through the academy system, and all those guys are some of the best players in the world right now. It has just been awesome for us and being able to play that type of rugby that we all like to play has been awesome too."

This weekend offers another opportunity for Faumuina to increase his chances of lifting another trophy. Playing Munster in Limerick last weekend, the incumbent French champions had to dig deep to overcome their Irish opponents.

At the break at Thomond Park, the home side led the tie 16-9, largely thanks to two tries scored by Ireland’s Keith Earls, however, Toulouse came back to win 40-33. Their second-half display was very much the performance that is now expected by the club’s faithful as Dupont scored twice, Matthis Lebel and Julian Marchand also crossed, whilst the boot of Ntamack guided the side home.

“It was a tough game,” Faumuina exhaled. “They scored those two quick tries back-to-back and they stretched our defence a little bit and going into that second half, we were a try short.

“We just came back, scored a quick try and that gave us a little bit of a lift. We just continued with that. It was a tough game, and we are happy with the result.

“The coach (Ugo Mola) seemed pretty happy with how we were going at the break. Happy with our discipline and how we were playing.

“It was just about having a bit more patience, to get into the 22, try not to make things happen on the first and second phase and it was more just to be patient than continuing to play around the ruck.”

Playing Franck Azema’s ASM Clermont Auvergne at the Marcel Michelin in their Champions Cup quarter-final on Sunday, Faumuina is well aware of the challenge ahead of him.

Whilst the Yellow Army will not be present because of Covid-19 restrictions, it will still be a stern test for Toulouse as Clermont displayed immense tenacity to overcome Wasps last weekend in Coventry.

“They are a very structured team and they have got a lot of strong individuals in their team,” Faumuina said. “I think for us, we just have to be collectively sound. We are not trying to chase the big hit. We are just going in together and doing it together.

“Those guys can turn over a ball. They have got Tim Nanai-Williams, they have got (Kotaro) Matsushima at the back there, (Camille) Lopez and (Sebastien) Bezy, who used to play for us.

“They are really slick players that can make something from nothing, so we have got to make sure that our defence is as solid as we can.

“We have been to the semi’s twice (during Faumuina’s time at Toulouse) and we have lost twice, against two quality teams in Leinster and Exeter, then both of them have gone on to win it.

“It is something we want to get past, Clermont first this weekend, and we will take each week as it comes and try to get to that final and win the thing.”

In fact, it will only be the second ever encounter between the two sides in Champions Cup history, the last taking place in 2000 when Toulouse won 31-18. As you’d expect, it will be a challenge for each side on Sunday and if stats are anything to go by so far in the competition, you’d think Clermont were favourites.

On average, they have scored more points, beaten more defenders and kicked more consistently from the tee. You can even attribute this to individuals, with Damien Penaud having beaten 21 of his opposite numbers and George Moala 18, whilst Lopez has been a metronomic placekicker.

But whilst the flashy backs might be at the forefront of people’s minds, it is the set piece that Faumuina will focus on most. Toulouse have a front-row stacked with talent. 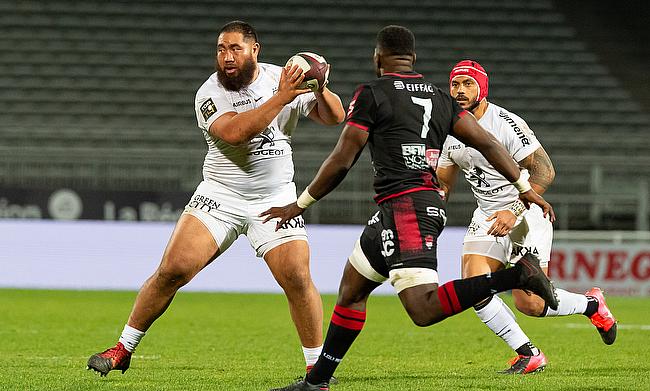 In 2019, Faumuina and his Toulouse teammates won the Top 14
©Stade Toulousain Rugby

As one of the club’s senior players, you’d perhaps naturally expect that Faumuina would be passing plenty of his knowledge on to junior players. However, due to the experience across the board, the 34-year-old Aucklander says it is easier to focus himself heading into a game of this magnitude.

“In games like these big games, it is more about myself,” Faumuina said. “You help the young fellas out, but in my position, we have got a pretty seasoned group.

“Like, a few boys that have played internationals are on the bench. Some of these guys don’t need a hell of a lot, they just got to critique their detail and you have just got to take two or three goals into a game.

“One is always the scrum, setting the platform for the boys at the back, then at rucks and in defence, so winning collisions and stuff like that so those are my things that I take into a game and just try to focus on that.”

The French teams are flying in Europe this season so is that a sign of things to come for the Rugby World Cup in 2023?

Want to be part of the experience? Check out sportsbreaks.com's Match Breaks and be the first to book your RWC2023 plans!