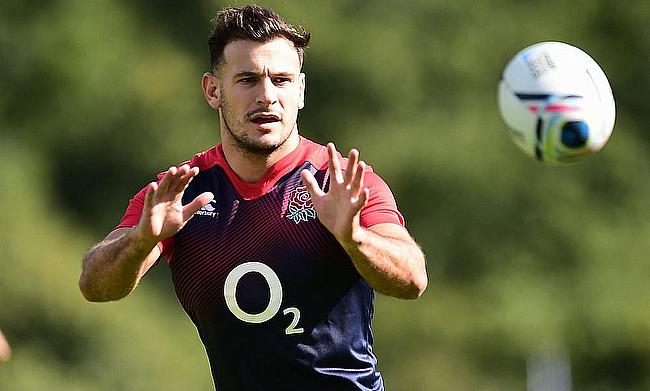 England include Danny Care and Billy Vunipola in squad for series against Australia
Barbarians beat England 52-21 despite Will Skelton's red card
Dean Richards set for Glasgow move
Nehe Milner-Skudder Exclusive: ‘I had all my identity wrapped up in being this All Black’

Billy Vunipola and Danny Care are in line to pick up their first England caps since 2021 and 2018 respectively after being selected in Eddie Jones’ 36-strong touring squad that will take on Australia across three Tests this summer.

These selections come in the wake of England’s humiliating 21-52 loss at the hands of Fabien Galthie’s 14-man Barbarians at Twickenham Stadium on Sunday afternoon.

12 of the players selected by Jones took part in the Premiership Final on Saturday at Twickenham, Jones unable to select the experience of George Ford, who left that game injured.

Joe Marler is not selected by Jones, either is Ben Youngs, although the Leicester scrum-half’s decision to stay in England will have largely been to do with the recent passing of his sister-in-law, Tiffany, following illness.

From the squad that took on the Barbarians, Will Collier, Callum Chick, Mark Atkinson, Jack Singleton, Will Goodrick-Clarke and Orlando Bailey are left to stay at home, while Fraser Dingwall, Lewis Ludlam, Will Stuart and George Furbank are all booked on a flight down under.

Fraser Dingwall is among eight uncapped players in the squad that will board a flight on Wednesday, with Exeter Chiefs’ Patrick Schickerling, Tommy Freeman, Guy Porter, Jack Walker, Jack van Poortvliet all selected, as London Irish’s Will Joseph and Henry Arundell go on tour as apprentice players.

At the foot of England’s press release, it is noted that 10 players are unavailable for selection by Jones, Alex Dombrandt and George Ford the latest to be that list, the Harlequins back-row having sustained a knee injury in training last week.

Nic Dolly, Joe Launchbury, Louis Lynagh, Sam Simmonds, Kyle Sinckler, Henry Slade, Manu Tuilagi and Anthony Watson are the other players unavailable for selection, highlighting some of the questions that Jones must answer in the weeks to come.

Principal amongst this is the conundrum of the midfield. With both Slade and Tuilagi unavailable for selection, Joe Marchant will be the leading contender to get a starting berth, the Harlequin having done so at the weekend and has been in a rich vein of form in this latter period of the Premiership season.

Maybe the greater test will be what to do at inside centre. There is no real hard-hitting impact player picked up by Jones, who seems likely to revert to having Owen Farrell move back to centre, as Marcus Smith will have the fly-half starting spot, with George Furbank covering both fly-half and full-back from the bench.

Guy Porter is also capable of covering centre, the 25-year-old having enjoyed an extremely successful campaign with Leicester. Kensington-born and Australia-raised, this maiden call-up for Porter is an uncertain one, whether or not Jones is able to cap the player alongside the seven other uncapped players displays how much of the Rugby World Cup squad for France is yet to be decided.

Even Sinckler’s injury displays a somewhat disturbing lack of depth in certain position groups. Will Stuart will likely be the starting tighthead prop in Australia, while below the Bath man, it will be two-capped Joe Heyes and Exeter’s Schickerling fighting it out for a supporting role.

Just over a year to go until that tournament in France, this doesn’t seem like the best time to be rolling the dice when it comes to the selection of a host of untested talent, especially in the case of Fraser Dingwall who has been in a host of England squads, but is yet to gain a full cap.

A return for Billy Vunipola to the squad is a more than welcome one, Jones describing the Saracens back-row as having “looked like a Test No.8” in the Premiership final. Funnily enough, the 29-year-old’s selection comes less than 24 hours after Jones said Vunipola was “not in contention” for recall.

Much of Jones’ squad seems to have been picked on form, which makes the omission of Saracens’ Max Malins and Ben Earl all the more perplexing. Malins was a near-constant throughout the Six Nations and finished off the Premiership season as its leading try scorer (16), while Ben Earl was names as the Premiership’s player of the year at the start of the month.

Should the Australia-born back-row be reinstated and return to form, Vunipola will go a long way to helping England extend their run of eight games without having lost to the Wallabies.

Despite their recent poor form against England, there is little doubt that Dave Rennie’s team will be fancying their chances against a side that has looked totally uninspired in their most recent outings.

On their end-of-year tour, Australia failed to beat all of Wales, England and Scotland, those three losses coming straight off the back of five consecutive victories. With many of their key players available to them, being on home soil will no doubt be the Wallabies’ greatest advantage.

A decisive tour, with time ticking away before the World Cup, many of the players on this tour will be able to stake a claim and usurp those unavailable to travel this time around.

It feels almost customary to end one of these articles saying that you can only wait and see, because that’s exactly how it feels.

There are always questions to answer when it comes to England, no answers known to anyone when it comes to a team that failed to impress with a new attack and lacking in cohesiveness, something that a host of untested players will not ease in the weeks to come.