Jaguares resist Brumbies in a close 20-25 win in Canberra 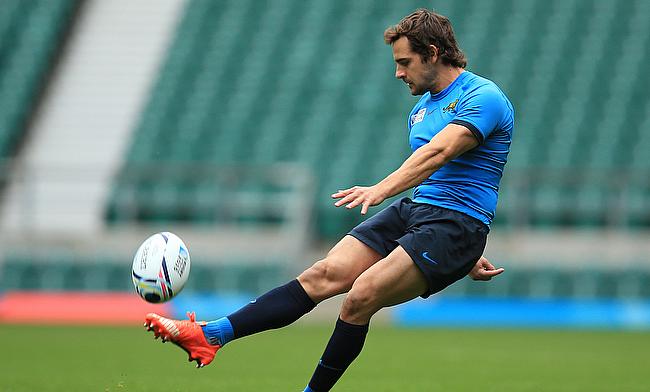 Nicolas Sanchez was part of the winning Jaguares side
©PA

Jaguares maintained their winning streak as they edged out Brumbies 20-25 in their Super Rugby encounter in Canberra on Sunday.

The win has taken Jaguares to the fourth position in the South African Conference while Brumbies are at third in Australian Conference.

Centre Matias Orlando got Jaguares off to a promising start with a fifth-minute try and Nicolas Sanchez kicked a conversion along with two more penalties to make it 0-13.

Close to the 30-minute mark, Brumbies almost got their first points on the board when Folau Fainga'a dotted down but was ruled out by the referee as he was just short of the try-line. However, the home side had some momentum on their side with Thomas Banks scoring back to back tries in the 35th and 40th minute to narrow down the gap to 10-13 heading into the break.

Jaguares suffered a setback when Emiliano Boffelli was sin-binned in the 48th minute for taking Henry Speight out in an aerial challenge. Despite, losing him, Jaguares scored their second try through Jeronimo de la Fuente and Sanchez conversion stretched the lead to 10 points.

Unwilling to relent, Brumbies showed some resilience through winger Chance Peni, who crossed over in the 66th minute and a conversion from Hawera reduced the gap to three points before Boffelli, who returned from sin-bin crossed over in the 71st minute restored eight point lead for Jaguares.

Hawera with his penalty kicked in the added minutes only managed to reduce the losing margin to five points for Brumbies as Jaguares registered their fourth win of the season.