ITM Cup Round 9 - can the All Blacks influence the final round? 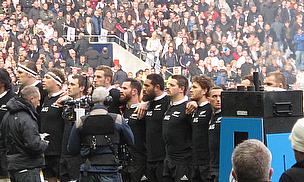 Will the presence of New Zealand internationals in this week's matches make a big impact?
©TalkingRugbyUnion

ITM Cup Round 8 Review - Massive Margins!
ITM Cup Round 7 Review - Canterbury Crumble!
The ITM Cup 6 and 7: What happened to the Southland Stags?
The ITM Races on: Round 6 Preview

This competition is getting great coverage in the UK and NZ courtesy of Sky Sports Rugby. It is great to see different levels of rugby union being shown live.

It must only be a matter of years before we in the UK see BUCS Rugby live on TV or perhaps National 1.

With our own expert rugby pundit, Scott Donaldson, in NZ we continue to provide that little extra rugby insight to help you follow the ITM Cup.

The final round of the ITM Cup 2014 is here already, watch for some of the All Blacks to return to their respective teams, although it is hard to know which players will return and how much impact they will have.

ITM Cup Round 9 starts on Wednesday when the Sonny Bill Williams show hits Pukekohe when Counties Manukau hosts Auckland. A win would seal a semi-finals spot for Auckland, while a loss would leave the door open for the Counties Manukau team to still slip into the semi-finals if other results go their way. Both of these teams play two matches this round.

ITM Cup Round 8 was ridiculously lopsided with the lowest winning margin being 14 points and the average being 24 points. More than half of the home teams won.

There were three upsets with the Bay of Plenty win over Otago, the biggest upset. Tasman and Counties picked up away wins that shouldn’t have been a surprise, but were for many punters.

Half of the matches look relatively clear cut in ITM Cup Round 9, although there are usually two or three upsets per round on average. As Northland and Tasman showed last round, it can be the margins that throw you off target, rather than the result. Therefore, it could be worth going for a big margin, rather than picking too many upsets to make ground on your competitors.

There is good news for those tipsters needing to chance their arm as there are several tough to pick games this round starting with Counties Manukau vs Auckland, while some teams will be more desperate than others.

Hawke’s Bay should hold onto the Ranfurly Shield against the Southland Stags and qualify for a home semi-final, although given that the Stags season could rest on this result, you never know!

The Counties Manukau vs Auckland game will be close, but we are still picking Auckland, while we are also picking home wins for Hawke’s Bay by lots, although we are also expecting Waikato and Otago to win narrowly at home.

Watch for some potentially comfortable wins for Tasman and Taranaki who are the two top dogs in the ITM Cup Premiership. We are giving Wellington a good chance at beating North Harbour, while we think Auckland will sneak a home win against Northland.

There are usually about two or three upsets on average each round, which games are you picking?  There have been 20 upsets in 62 games so far.

My picks in for the first game -