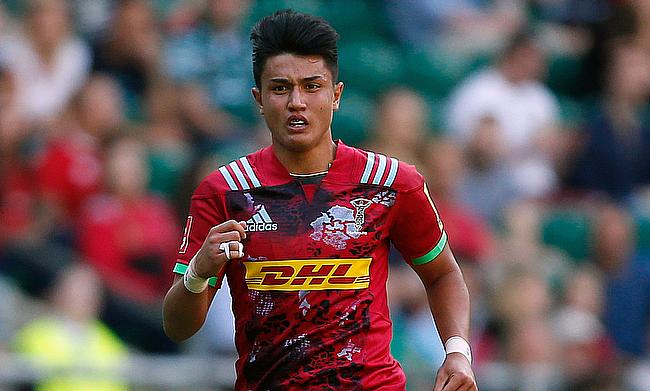 Harlequins managed to overcome a red card to Andre Esterhuizen as they edged out London Irish 25-21 in the 17th round of the Gallagher Premiership at Community Stadium.

This is 10th win for Harlequins in 17 games as they climbed to the fourth position in the table while London Irish are at sixth place.

Both the sides made early errors but it was London Irish, who opened their account first with Paddy Jackson slotting a three-pointer in the 10th minute. Mike Brown on his 350th game for the Quins looked threatening but was stopped just short as he aimed to go over the line.

As Quins were penalised at scrum, Jackson with another penalty goal doubled London Irish's lead in the 20th minute. As the half-hour approached, Brown sliced the defence of the Exiles to dot down and Smith kicked the conversion to make it 6-7. As Smith and Jackson traded penalties the gap between the sides remained at one point before Cadan Murley capitalising on a neat pass from Smith dotted down as the teams went into the break with a 9-15 scoreline.

The 50th minute saw the Quins reduced to 14-men with Esterhuizen red carded for an elbow to the face on Curtis Rona and London Irish straightaway made use of the numerical advantage with Rona providing the assist to Ben Loader as he touched down in the 51st minute and Jackson improved making it 16-15.

Smith with a 56th minute penalty seized the lead back for the visitors but it was short lived as Blair Cowan and Tom Parton set up Ollie Hassell-Collins, who dived in the corner making it 21-18. Even though Harlequins scrum looked threatening they could not find the breakthrough until the last few seconds when Danny Care sent a pass for Smith to score under the posts and followed it with a conversion as well to complete a four-point victory.