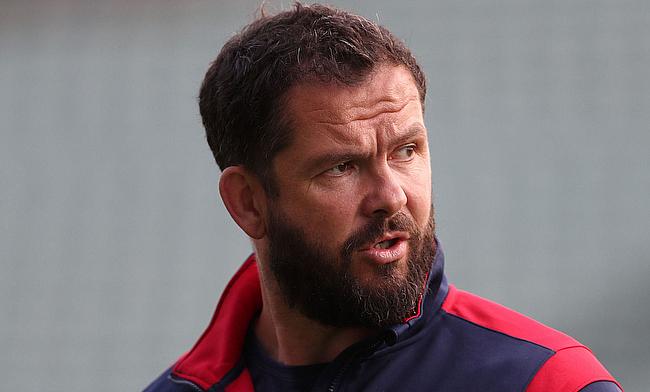 Ireland head coach Andy Farrell believes his side will be prepare for the challenge as they face New Zealand in a three-game Test series next month.

The last time Ireland toured New Zealand was in 2012 when they were whitewashed by the All Blacks that included a 0-60 defeat in Hamilton.

Nevertheless, they have the better head to head record in the last five matches where they won three including a 29-20 win in Dublin in last year's November series.

“We'll be up for the challenge, there’s no doubt", he said,

"How we go after the game is pretty important to us because you can’t just sit back and hope things are going to go all right because they probably won’t if you have that type of mindset.

"So our mentality is going to be pretty important.”

Ireland will kick-start the tour with a clash against Maori All Blacks which has the likes of TJ Perenara and Brad Weber in the squad and Farrell is wary of the threat ahead.

“It’s unbelievably tough to come over here and be successful,” he added.

“Defining what success is a bit different for some people. We’ve got a group of 40 that’s come out here because of everything we’ve just talked about regarding not touring before and lack of game-time opportunity.

“Some guys are playing against the Maori team on Wednesday night and they’ve been dying for a chance to play in big games and it doesn’t get any bigger for them so it’s a great challenge all round.

"Then players being out of their comfort zone, five or six of them backing up in a Test match on Saturday against the All Blacks, it doesn’t get more challenging but at the same time, it’s where we want to be."