Ireland vs Italy - The Verdict 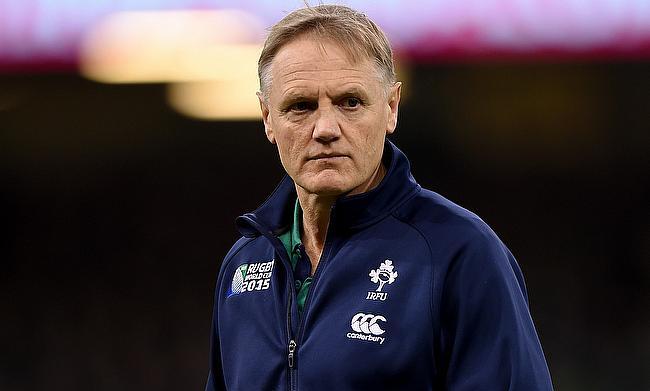 Last weekend saw the beginning of many of the northern hemisphere’s pre-Rugby World Cup campaigns. One of these games took place at the Aviva Stadium in Dublin. With Joe Schmidt’s Ireland playing Six Nations rivals, Italy.

The start of this match was error strewn, with both sides struggling to gain ascendency in constantly changing conditions in Dublin. Before the game had even kicked off, Italy were forced into changes. Marco Zanon’s injury meant that Matteo Minozzi started at fullback and Giulio Bisegni moved from the wing into the centres.

Italy took the lead early on thanks to a Maxime Mbanda try after a strong lineout drive. Carlo Canna couldn’t convert. Italy would be made to suffer for not converting that try after Ireland’s try scored by Joey Carbery was converted by the Munsterman.

Joe Schmidt took the decision to substitute Ulster hooker Rob Herring in favour of Munster’s Niall Scannell; not fantastic news for Herring’s World Cup hopes. Italy put themselves back in the lead after Tommaso Benvenuti’s impressive break through a static Irish defence eventually resulted in Carlo Canna crossing the whitewash.

The Irish forward pack then began to get the better of their opponents. The lineout proved vital in Dave Kearney’s try, the first time that the Leinster stalwart had scored for his country since 2017. Several Italian injuries later, Andrew Conway would give the Irish a nine point half-time lead thanks to a try to make the score 19-10 with forty minutes left to play.

There was much of the same from the home side in the second half. Ulster back-row Jordi Murphy added five points thanks to a driving maul. Carbery was unable to convert from a wide angle and there would be further anguish for the man who is set to wear the number ten shirt after Johnny Sexton retires.

Bravely defending in a collision with Zebre’s Jimmy Tuivaiti, it appeared that Carbery rolled his ankle, resulting in the 23-year-old being stretchered off. It is unclear what this injury could mean for his World Cup campaign, but it would be a great shame if the man who came of age last year in Munster red was unable to play in Japan.

A raft of injuries saw play become slow and often resulting in knock-ons. TRU columnist was called upon by Italy due to their raft of injuries and former Red Panda player Mike Haley made his Ireland debut.

One substitute to make an impact was Connacht’s Kieran Marmion. The scrum-half, who often has proven that he is a more than capable starter for the Irish, identified Ian McKinley setting up for an exit, chased the former Leinster player down and was rewarded with a try.

It was a fairly subdued ending to affairs at the Aviva, with plenty of errors from both teams. It definitely was the first game that both sides had played in some months, but promising nonetheless for each team as they begin to ramp up their World Cup preparations.

Joe Schmidt has the unenviable task of cutting down his large training squad down to 31 in the coming weeks and, unfortunately, his teams’ performance on Saturday is likely to give him even more headaches.

Munster Wing Andrew Conway really put his hand up for selection. After a very good season in the Pro 14, Conway was reliable under the high ball and is reminiscent of his clubmate Keith Earls in the way that he plays. The 28-year-olds try was well deserved and he also was awarded man of the match for his efforts.

The key to any good tour squad is versatility. That is something that this Ireland side has in buckets. With the likes of Tadhg Beirne, Iain Henderson coming off the bench and can cover both lock and blindside is extremely good for them, with Beirne’s excellence at the breakdown probably helping him get on the plane to Japan.

Chris Farrell, Munster’s six foot three inches centre, played extremely well throughout the game, showing good hands to feed Joey Carbery for his try and was a rock in defence. Rhys Ruddock as ever lead by example. A man mountain, the Leinsterman will surely be pencilled in on Joe Schmidt’s World Cup squad list, but with a lot of backrow options at his disposal it is difficult to say for certain.

Jordi Murphy proved again that he is a good stand-in for CJ Stander at number eight, scoring a try and doing the basics well. Andrew Porter did something that not too many international props do anymore by playing at both tighthead and loosehead. Whilst his performance at loosehead was not as strong as his attempts on the other side of the scrum, the ability to change sides of the scrum in an international match was impressive.

Finally, Jordan Larmour was given a crack at fullback for the entire game and put out a well-rounded performance. His clearing kicks often put Ireland in a good position, when running with ball he was extremely illusive and proved that he could defend at an international level.

Enforced changes prior to kick-off is never a good thing and Italy could rightly use that as an excuse for an intermittent performance in Dublin. Matteo Minozzi had an horrific injury earlier this season and this was the first time he had stepped out onto the field competitively since then. Made to start instead of being on the bench, the new Wasps man tired quickly, coming off at half-time, suggesting he is still finding his way back to playing eighty minutes.

Without Sergio Parisse for this game, Jimmy Tuivaiti played extremely well in his captain’s stead. A big man, Tuivaiti carried ball well and put Italy on the front foot on several occasions. Good in defence too, the New Zealander may have guaranteed himself a place in Conor O’Shea’s squad thanks to his ability to play flanker as well.

Italy had autonomy in the opening fifteen minutes of the game. Their lineout was extremely prominent, thanks in no small part to the experienced locks, Dean Budd and Alessandro Zanni. The pairing often called the ball to themselves, knowing that they could provide a steady base to get their team attacking. It took the best part of twenty minutes for Ireland to find a response, but it will definitely improve going into the World Cup.

Tommaso Benvenuti seems like he has been on the international scene for years now and this will be the centre’s third Rugby World Cup, if he is selected of course. He made a series of good carries, with one resulting in Carlo Canna’s try.

O’Shea handed out a series of debut’s on Saturday too, with Gloucester’s Calum Braley being one of them. The scrumhalf acquitted himself well, not showing any jitters on his first appearance for his country.

It is halfback depth where the Italians seem to be struggling. Guglielmo Palazzani started the game and whilst he did nothing exceptional, he did to the basics well. It is more a case of who is preferred with Tito Tebaldi and Marcello Violi not even involved in this fixture.

At flyhalf there will be even tougher decisions to be made. With three in camp currently, Tommaso Allan is no doubt the man to be starting for Italy come their first game against Namibia in September. Canna has similarly been involved with the team for a while and kicked well from hand against Ireland in this game. The real question mark is really over Ian McKinley, who is less established in the team and hasn’t impressed too much since making his debut.

This game really was not a spectacle, but in fairness it was never going to be. Players on both sides have not played a meaningful game of rugby in over two months, so it is far from a surprise that at times play was low quality.

For the coaches of both teams it was a chance to offer their fringe players the chance to put their hands up for selection and further their cause for World Cup selection. For both sides there were players that did so.

Unlike England, who announce their 31-man squad on Monday, both Joe Schmidt and Conor O’Shea will have another chance to see their players in action next weekend. As players will be more match ready, it will be a better representation of what their players are capable of, although the like of Andrew Conway and Benvenuti didn’t seem to have skipped a beat this offseason.