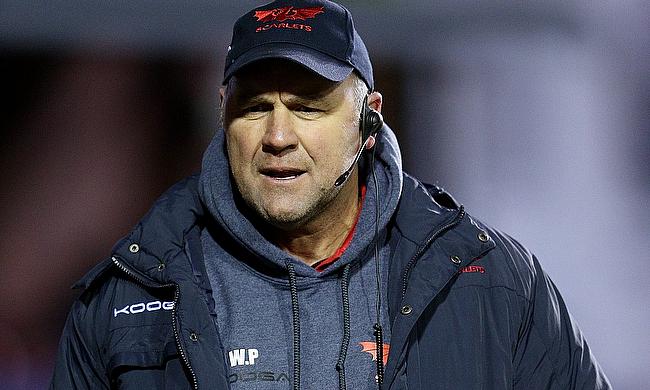 Ellis Jenkins will be leading Wales as they face Fiji in the upcoming Autumn Nations Series fixture against Fiji scheduled at Principality Stadium on Sunday.

Jenkins made a comeback to international rugby after three years during the last weekend's game against South Africa
and will start at blindside with Taine Basham shifting to number eight and Thomas Young comes at openside in the place of Aaron Wainwright, who is out injured.

White Dan Biggar retains the kicking responsibility, Kieran Hardy gets his first chance of the campaign starting at scrum-half with Tomos Williams dropping down to the bench.

Liam Williams returns to the starting line-up for the first time since the Six Nations and will slot at fullback while Alex Cuthbert will make his first Wales appearance in four years starting at right wing while Louis Rees-Zammit is preferred at left wing.

Josh Adams and Johnny Williams will be part of the mid-field while the second row combination of Adam Beard and Will Rowlands are retained. 19-year-old loose forward Christ Tshiunza is in line to make his debut when he comes off the bench.

“We want to be able to use our squad where we can. In terms of the forwards we don’t have a lot of options with injuries and unavailability. The exciting one is Josh Adams getting an opportunity (at centre). That’s really looking at the future,” Pivac added.

“When you have to pick a World Cup squad of 33, you’ve got to have players that can play in more than one position and we’ve been wanting to do it for a while so we’ll see how Josh goes in the midfield.”