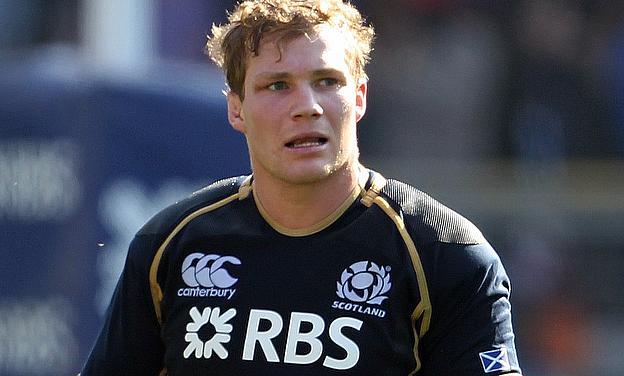 Scotland flanker Ross Rennie has been forced to retire through injury.

The Scottish Rugby Union and his club, Bristol, both issued statements that confirmed the 28-year-old's career was over because of an injury he suffered in October.

Bristol had previously revealed that Rennie was seeking specialist advice about a "neural issue" which had sidelined him since a 59-14 defeat of Moseley in October.

Rennie said: "Obviously it's disappointing to stop playing the game that I love. However, I feel very fortunate that the sport has given me the opportunity to travel the world, meet new people and represent my country - something that I'm immensely proud of."

Rennie won 20 Scotland caps and made the squad for the 2011 World Cup. He came through the ranks at Edinburgh Academy and Stewart's Melville FP, and made 91 appearances for Edinburgh before joining Bristol in January last year.

Rennie added: "I would like to thank everybody who has had an influence during my career: players, fans, strength and conditioning coaches, rugby coaches, and all the medical staff who have been brilliant.

"Lastly, I would like to thank my family for being incredibly supportive throughout my time playing rugby."

Rennie's high point as a Scotland player came in 2012 when he started nine consecutive matches, but injury problems prevented him posting a much higher caps total.

A serious knee injury meant he had to wait two-and-a-half years before following up his international debut in Ireland in February 2008 with his home debut against New Zealand.

And a shoulder problem suffered against the All Blacks in the autumn of 2012 saw him fall out of the international set-up.

He scored seven tries in his first 11 appearances for Bristol following his move from Edinburgh but a knee injury limited him to just two more games before the fresh problem surfaced.

Bristol's director of rugby, Andy Robinson, took the openside flanker to England on the back of his performances for him as Scotland head coach and he led the tributes.

"We're sad to see Ross' career cut short by injury because he has been an influential player for us over the past twelve months," Robinson said.

"I've worked with Ross from a young age and, at his peak, he was one of the best openside flankers in the northern hemisphere - a world-class performer.

"Unfortunately, injuries have hampered Ross' progress, but his attitude and willingness to learn has not been dampened. He can leave the sport proud of his international achievements and with some great memories."

The former Scotland coach wrote on his official Twitter account: "Ross Rennie was starting to re-invent openside play with his running lines, rip tackles & offload ability. A real shame he's had to retire."

Scotland openside flanker John Barclay wrote: "Sad to hear of my old mate Ross Rennie's retirement. Genuinely one of the most talented players I had the pleasure of playing with & against."

Another Scotland flanker, Alasdair Strokosch, wrote: "Ross Rennie could have been one of the worlds greatest players if it wasn't for all the injuries. Absolute class act."