Peter O'Mahony to lead Lions against Maori All Blacks 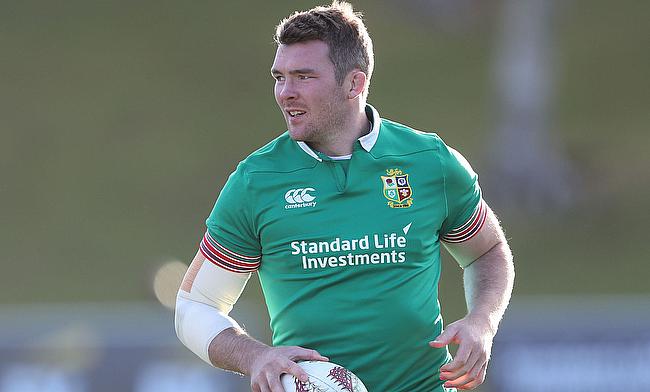 Ireland international Peter O'Mahony has been named as the captain of British and Irish Lions for their upcoming tour game against Maori All Blacks on Saturday.

The 27-year-old missed almost a year of game due to a knee injury but made a comeback during last year's autumn internationals for his county and was also part of the squad that ended England's joint highest 18-match winning streak during the Six Nations 2017 tournament.

A strong performance from O'Mahony on Saturday will guarantee him a selection in the first Test against All Blacks but the Munster back-row is keen to prove himself.

"I don't know if that was fairytale (beating England). I have put a lot of hard work into my career and you have got to take your opportunities when they come.

"Sometimes they are unfortunate for other guys but it doesn't matter, you have to be selfish.

"Sometimes you have to play well when you need to play well and that day (against England) I played all right.

"It wasn't just that day. I would like to say I have played some good games for Munster as well this season."

There has been fitness concerns over England international Owen Farrell, who is suffering from quadriceps injury. He was initially named on the bench but is now rested with Dan Biggar taking his place among the replacements. Jonny Sexton has been slotted at number 10 for Saturday's game.

Maro Itoje has been handed a start while Sam Warburton, who scored a try in Lions' previous defeat to Highlanders moves to the bench.

British and Irish Lions squad to face Maori All Blacks: