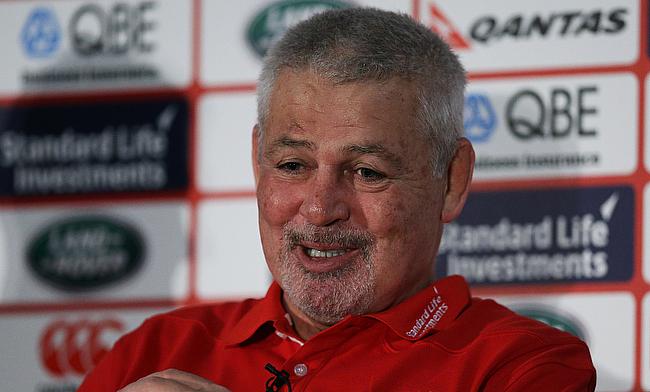 British and Irish Lions head coach Warren Gatland have called-up four players from the Wales squad from their ongoing summer tour to join the camp in New Zealand.

Kristian Dacey, Cory Hill, Tomas Francis and Gareth Davies, who are currently in Auckland, where they defeated Tonga will join the Lions camp ahead of their clash against Maori All Blacks on Saturday.

A statement released by Lions stated that further call-ups will be revealed at the end of the ongoing international games this weekend but according to reports, Scotland duo Allan Dell and Finn Russell are also favourites to join Gatland's team after their ongoing Test against Australia.

The new call ups are expected to be on the bench for the tour game against Chiefs on Tuesday, to provide them an opportunity to showcase their talent before the first Test against All Blacks on 24th June.

"We have said all along that we need to give ourselves the best chance of winning the Test series and that could potentially involve calling up players.

"Bringing in these players from an identical time zone, who can hit the ground running and step straight in rather than having to adjust following long-haul travel, will help us manage players before the first Test, give us quality training numbers to prepare properly as well as offering us options for selection for the Chiefs match."

The move from Gatland was criticised by England boss Eddie Jones, who slammed the 53-year-old for preferring his own team players than selecting on merit.

"It's only a 13-hour trip from here to New Zealand," Jones told the BBC. "The (England) boys could be there.

"The Lions is a prestigious team - when you become a Lion you're remembered for life."