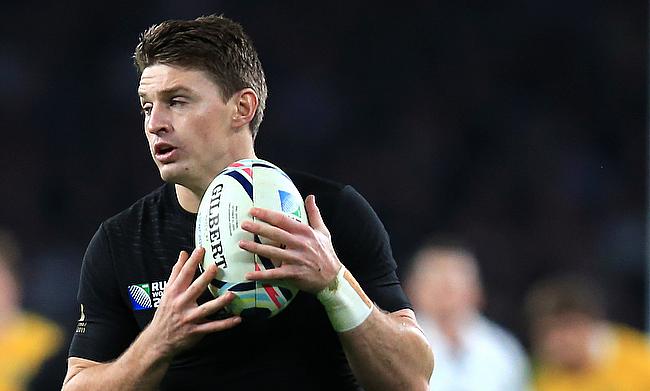 Beauden Barrett was the difference in Wellington
©Press Association

The Hurricanes eased past Chiefs to secure a 25-9 victory at Westpac Stadium on Saturday to secure a home Super Rugby final.

Centre Willis Halaholo scored the opening try for the Wellington side in the sixth minute, however, fly-half Beauden Barrett failed to make the conversion.

Fullback Damian McKenzie slotted a penalty in the 10th minute to open Chiefs' account. However, Barrett's 32nd minute penalty restored the lead for the home side.

A couple of minutes later, Barrett crossed over for a try and subsequently made the conversion to extend Hurricanes' lead to 12 points.

McKenzie added another three to his side's tally with a penalty on the penultimate minute to conclude the first-half nine points behind the hosts.

McKenzie kicked another penalty on the 51st minute, however, Barrett responded with a penalty of his own in the 55th minute to stretch his tally for the game to 15 points.

The Chiefs' failed to score a single try despite Hurricanes' winger Cory Jane getting sin-binned in the 62nd minute reducing the hosts down to 14 men.

The Hurricanes will now face the winner of the second semi-final clash between the Lions and the Highlanders scheduled to be played later in the day at the Ellis Park Stadium in Johannesburg.