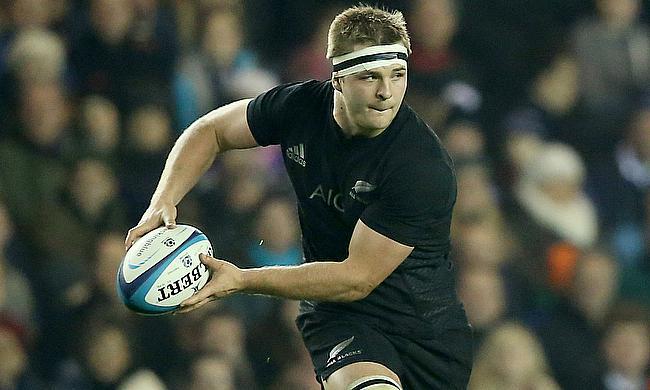 Chiefs have received a major boost ahead of their semi-final clash against the Hurricanes as All Blacks international Sam Cane has been declared fit to participate in the Super Rugby encounter between the two teams on Saturday.

The openside flanker, who sustained a head injury during the quarter-final game against the Hurricanes at Westpac Stadium has successfully cleared the concussion protocols as confirmed by head coach Dave Rennie.

Meanwhile, Japan international Michael Leitch is poised for a return after two months following his recovery from a thumb injury and was named on the bench for the Saturday's clash. Leitch was seen training on Thursday but Rennie stated that the final call on the number-8 will be taken on Friday.

"We expect him to be okay and we have named him in the group but he is obviously very experienced and it is great to have him back as an option," he said.

"Hopefully it's a point of difference coming off the bench. If you look at our bench, it is pretty good, we've played a lot of footy. There's a fair bit of experience there and he certainly adds to that," he said.

Rennie has made two more changes to his starting line-up with Seta Tamanivalu recovering from a knee injury while Tawera Kerr-Barlow will start at halfback at the expense of Brad Weber.

"We're pretty lucky, we've got a couple of great options. We played Brad last week because we wanted to play the game [against the Stormers] at a really high pace. They're the type of team that spreads right across the field so his running game we felt was going to be really important," added Rennie.

"They're a little bit different the halfbacks. Kerr-Barlow's physicality, the strength of his defensive game and so on, we felt was going to be really important.

"They both pass well, kick well but there are slight differences and it is likely to be fairly average weather at the weekend and it could be a bit of a battle of attrition around the edges so we thought Tawera would be important for us," he said.