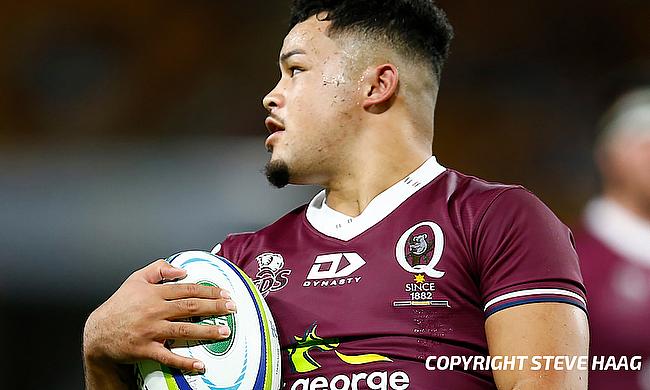 Wallabies centre Hunter Paisami has committed his immediate future with Rugby Australia and Queensland through until the 2023 Rugby World Cup.

“It’s an honour to have re-signed with the Reds and Australian rugby,” Paisami said.

“I’m really excited to be a part of the future of both Queensland and the Wallabies and believe there’s a lot of improvement left in my game.

"I’ve really enjoyed my time in Queensland so far and I’m really happy to stay here with my young family for at least the next two years.”

The 23-year-old started his early career with Harlequins before going on to make his senior debut with provincial side Melbourne Rising in 2017. He made a switch to Brisbane in 2019 and went on to make his Super Rugby debut for Queensland Reds in 2020.

A former Samoa Under 20 and Australia Under 20 international, Paisami made his Wallabies debut in October last year and has gone on to play 15 Tests.

"We're really pleased that Hunter has re-committed to the Wallabies and to Queensland for at least the next two years," said Rennie.

"His brutal defence and incisive carries were a feature on the end of year tour where he played his best footy in Wallaby gold."