Howe’s about that: Role model Pete Horne is pushing hard for his second World Cup 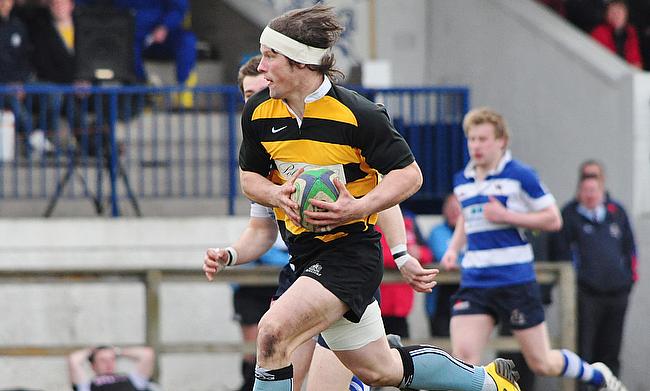 Pete Horne has been picked to start for Scotland this weekend against France - and it is certain that everyone at Howe of Fife’s Duffus Park will be cheering him on from afar.

The 29-year-old Glasgow Warriors’ centre will be earning his 42nd cap at BT Murrayfield as Gregor Townsend’s men look to bounce back from last week’s defeat against the same opponents.

Horne came through the ranks at the Cupar-based Howe of Fife club and with himself, younger brother George and Jamie Ritchie all still vying for places on the plane to the World Cup next month, club president Chris Reekie and all of the members have their fingers crossed for them.

Horne senior is sometimes seen by many as second choice, an able deputy who can fill in when others are unavailable.

Indeed the player himself has heard that perception over the years - “everyone talks about everyone else except me” - but to label him with that tag would be lazy and do the player a disservice.

Firstly, no one wins 40 caps plus in international rugby without being a good performer and secondly Horne has a great rugby brain on his shoulders and is one of Townsend’s trusted deputies.

With Horne, Duncan Taylor, Huw Jones, Rory Hutchinson, Sam Johnson and Chris Harris battling it out for possibly three centre spots in the 31-man squad that will go to Japan, it will be a scrap right up until the final group is named on September 3rd.

Horne has a chance to stake his claim this weekend and Reekie believes he is a great role model for the current young players coming through at Howe of Fife.

Or maybe right here at the Duffus Park! https://t.co/IR6qA52ktm

“The way Pete engages with and enthuses the young lads in the local area is amazing,” Reekie, who has been involved with the club since 1972, told TRU.

“For the kids to see someone from the local area having won more than 40 caps for their country is amazing and it is not just about driving them on to play for Scotland, watching the way Pete conducts himself teaches them all about application and attitude and that is brilliant.

“Pete has worked so hard to improve, stick at it and battled to get to where he is. I have huge admiration for what he has done.

“When Pete first got capped for Scotland [in 2013] everyone at the club was delighted and to see him go past 40 caps recently was amazing given that Dave Rollo, a Howe legend, earned 40 caps exactly [between 1959 and 1968].

“Whenever Pete, George or Jamie are back in Cupar or nearby they are always available to pop down to the club and chat to people and they are great role models.

“When you look at it overall, the Howe has punched above our weight for a number of years in terms of the top level players we have produced.

“It shows the parents and the kids who play in the junior section what can be achieved and shows that we have some great youth coaches and facilities at the club.

“It would be significant for the club if Pete, George and Jamie can go to the World Cup, it would give us a focus to promote the game in the local area and further afield.”

Horne, with nine years at Glasgow under his belt and six years in the international set-up, has enough rugby behind him to not take anything for granted.

As a result, the only thing on his mind at the moment is this weekend’s match against France and not the big trip to Asia in a few weeks time.

“I’ve been a position in my career where I’ve never had the luxury of being able to go into a game expecting another chance, I’ve always been playing for the jersey the following week,” he stated this week.

“That’s the way it is and this time it is no different. My whole career, I’ve been second choice - from the outside looking in, not in my head - and it doesn’t bother me. I always work hard and from the outside everyone talks about everyone else, it doesn’t matter what I do.

WATCH | "The plan was to give as many players as we could opportunities over these first two games".

Head Coach Gregor Townsend on his team selection for this Saturday’s Summer Test rematch against France at BT Murrayfield. #AsOnehttps://t.co/kJTLCxAyaY

“So, I tend to just not care and get on with my job, keep working hard, keep my head down and don’t pay too much attention to it all.”

Does the presence of the five other centres in the 40-man extended squad make Horne edgy?

“Competition is great for the squad. I’m competitive, I want to win and I want to play,” he stated.

“There’s been competition [in the centre] for the last couple of years and it’s been tough to get your jersey and get out on the park. It’ll be no different in the coming weeks.

“You don’t have the luxury now that if you play poorly you’ll still be in the week after - if you don’t play well then you’re not going to play.

“That pressure, you just have to try and thrive on it, if you start thinking about the World Cup, you’re not going to get too far.

“I know what I bring. I’m not the flashiest of players but I know I’m ready to compete and I do a job in the team that makes us a better team.

“I’ll just go out this weekend and work my balls off.”