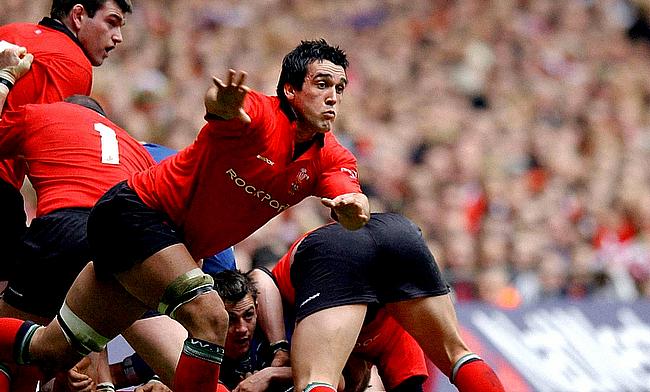 Jonathan Thomas, with hands out, was forced to retire from rugby last year after being diagnosed with epilepsy thought to be linked to head traumas suffered during his career.
©PA

The Wales international has suffered several head injuries. The 24-year-old was first concussed against New Zealand during the November Tests in 2014. Weeks later, he was knocked unconscious during an accidental head clash with team-mate Richard Hibbard against England, before a collision with Wasps' Nathan Hughes during an Aviva Premiership clash forced North to miss the rest of the season last year.

A two-time Grand Slam winner with Wales, Thomas was forced to retire from rugby last year after being diagnosed with epilepsy thought to be linked to head traumas suffered during his career. Thomas, who also suffered mild brain damage due to the injuries, hung up his boots at the age of 32 having made 67 caps for his country.

The England full-back was taken off on a stretcher after a horrific head clash with Andrea Masi during a Six Nations clash against Italy last year rendered him unconscious. Although the Harlequins man continued playing in the second half of that match, Brown was ruled out for the rest of the season.

The former Sale scrum-half retired at the age of 28 due to the post-traumatic effects from two head injuries suffered in an LV Cup tie against Saracens in 2013. Willis, cousin of Ireland centre Brian O'Driscoll, claimed he was concussed in the first half of the game but was deemed to fit to continue. The former Ireland Under-21 international suffered another blow to the head in the second half before being replaced.

After winning just one cap, All Black quit rugby union last year, aged 27, after injuries caused by concussion whilst playing for the Chiefs in the 2014 Super Rugby campaign against the Crusaders. Afeaki battled bouts of nausea and dizziness.