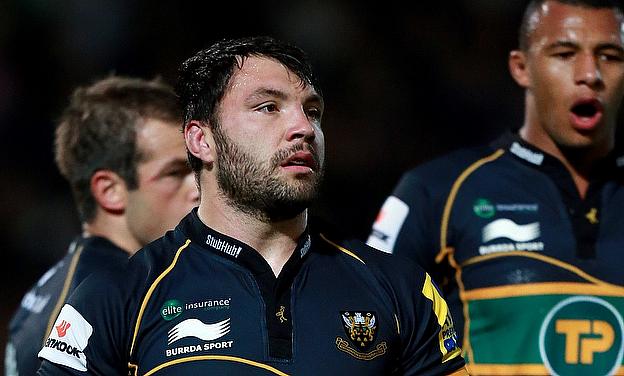 England will be without three Lions forwards for their looming summer tour of New Zealand – prop Alex Corbisiero and flanker Tom Croft, despite recovering from injuries will not make the tour, whilst hooker Tom Youngs will forego Test action to support his ill wife.

England’s coaching staff have announced the decision that they will not risk the fit-again duo of Corbisiero and Croft for the three-test challenge against the best side in the world.

Leicester and Lions hooker Youngs will miss the June Test series to look after his family, with England boss Stuart Lancaster firmly behind the move.

"Our thoughts are with Tom and Tiffany at this time and it is entirely right that he stays at home to support her and their daughter Maisie," said head coach Lancaster.

"Everyone in the England squad sends them our best wishes."

Hooker Tom Youngs is the latest player to miss the New Zealand tour. 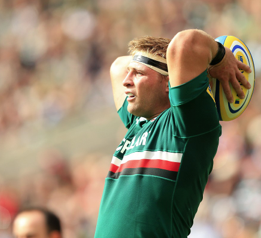 The Leicester hooker’s absence down under only adds to England’s desperate hooker shortages, with Dylan Hartley, Rob Webber and David Paice all battling for fitness to make the tour.

Harlequins' Dave Ward and Exeter's Luke Cowan-Dickie, both uncapped, could yet be pitched into action for England's first Test on June 7 in Auckland.

Moving backwards from the troubles in the front row, there are still plenty of injury worries spreading throughout the backs. Wingers Christian Wade and Jack Nowell will definitely miss the tour through injury, while doubts remain over the fitness of Gloucester centre Billy Twelvetrees.

Twelvetrees suffered ankle trouble in Gloucester's 38-30 Aviva Premiership victory over London Irish on Saturday, and should learn the severity of his injury after scans on Thursday.

Northampton prop Corbisiero is ready for club action after seven months on the sidelines with persistent knee problems, while Leicester flanker Croft is back after tearing knee ligaments on the season's opening day.

Lion Croft will be absent for England. 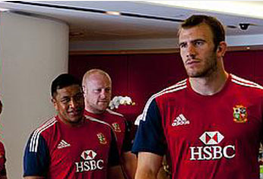 The experienced pairing will hand their east midlands clubs big Aviva Premiership play-off boosts, but will not be considered ready for Test rugby this summer.

The England management will not take any chances with either player's long-term involvement, and feel next month's New Zealand tour falls while they are still finding their feet after injury.

"Alex and Tom have worked really hard to come back before the end of the season but they will not have played enough rugby for them to be considered for such a tour," said Lancaster.

"It's the same with Christian Wade.

"They have all had significant injuries; it will be a short-term loss but a long-term gain for us and their clubs as we enter a huge 18 months.

"Jack (Nowell) needs to get his knee sorted so he will be ready for next season and the World Cup and it's the right decision for him to have the operation next week."

Both Corbisiero and Croft are expected to feature for the first time since their injuries in Saturday's final round of regular-season Premiership action.

Lancaster will delay finalising his New Zealand tour party as long as possible to combat club and country fixture congestion.

The England boss will wait on the outcome of a host of club play-offs and finals before completing the 40-plus squad required for the All Blacks challenge.

None of the Premiership finalists can take part in the first Test in Auckland on June 7, that falls just seven days after the English club showpiece.

Lancaster will adjust his squad depending on which teams reach the May 31 Twickenham contest.

England's head coach is also likely to take 12 specialist front-rowers and four scrum-halves to solve a selection jigsaw thrown up by the hectic business end to the season for Premiership clubs.

England entertain the Barbarians at Twickenham on Sunday, June 1, with a squad expected to resemble the second-string Saxons group that took on Ireland Wolfhounds and Scotland A in January.