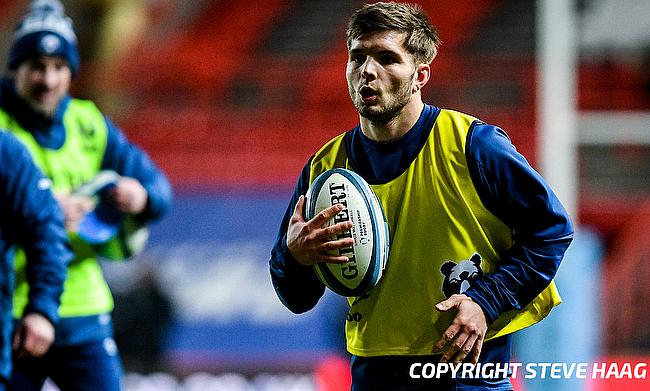 Harry Randall has made 77 appearances for Bristol Bears
©Steve Haag

Bristol Bears have announced that scrum-half Harry Randall has penned a new long-term contract with the Gallagher Premiership club.

"Staying in Bristol was an easy decision for me. I love the environment and the way we are trying to play rugby," he told the club's official website.

"It suits my game and I feel like I am continuing to grow and develop as a player.

“Representing England is a massive honour and I wouldn’t have had that opportunity without the trust Pat and Bristol put in me.

"I’m hugely ambitious and want to win trophies; the support and vision of the Lansdown family gives everybody confidence that we can achieve incredible things at Bears.”

Randall started his career with Hartpury in 2016 and made a switch to Ashton Gate in 2018. Since then, he has gone on to make 77 appearances for the club scoring 15 tries while was part of the European Challenge Cup triumph in 2020.

Having made his England debut during the summer series last year, the 24-year-old has made two Test appearances for England and has been named in the squad for the Six Nations 2022.

“Harry has been a big part of our growth as a team over the last four seasons on and off the field, so I’m delighted he has committed his future to ensuring we continue to grow even further," said Director of Rugby Pat Lam.

"He embodies everything that it takes to be a Bear. Since joining in 2018, he has defied the odds to develop into one of the most exciting players in Europe".

Bristol Bears are positioned 11th in the Gallagher Premiership table with four wins from 12 games and will face Newcastle in the 15th round on Saturday at Ashton Gate.