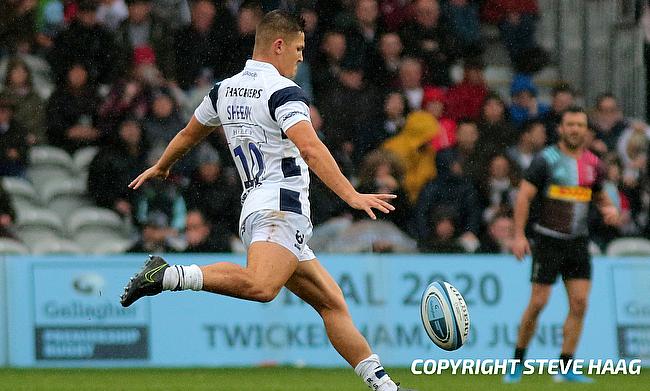 Bristol Bears ran a seven-try riot as they knocked Scarlets out of the Heineken Champions Cup with a 52-21 win in the fourth round at Parc y Scarlets on Saturday.

Bristol finished the group stage with three wins and a draw at third place with 17 points as they progressed through the round of 16 while Scarlets' campaign ends without a victory.

Rhys Patchell started the proceedings with a sixth minute penalty goal but the visitors bounced back hard through tries from Semi Radradra and Ioan Lloyd that was set up by Chris Vui in the 10th and 16th minutes respectively. Callum Sheedy kicked both the conversions as the visitors raced to a 3-14 lead.

Scarlets bounced back in the 22nd minute as Ryan Elias powered over the line and Patchell kicked a conversion and followed with a penalty goal to reduce the arrears down to one point at the end of the opening half.

Patchell with a penalty goal early in the second half brought Scarlets into a lead of 16-14 but their momentum suffered a setback as Elias was sin-binned in the 56th minute as he looked to stop a certain Bristol try. The referee also awarded a penalty try for the visitors making it 16-21.

Despite down on the numbers, Scarlets went on to level the scores in the 59th minute with Johnny McNicholl crossing over but Costelow missed out on the conversion. Nevertheless, it was complete domination from Bristol in the final quarter as Joyce’s delicate offload sent Thacker over under the posts and Sheedy improved making it 21-28.

Bristol increased their lead to 19 points heading into the final 10 minutes as Piers O’Conor brushed a couple of defenders to dot down and Luatua's offload sent Siva Naulago over the line. Any chance of a comeback for the Welsh regional side was put off with Sheedy and Radradra scoring further tries for Bristol in the final five minutes as they completed a 31-point victory.