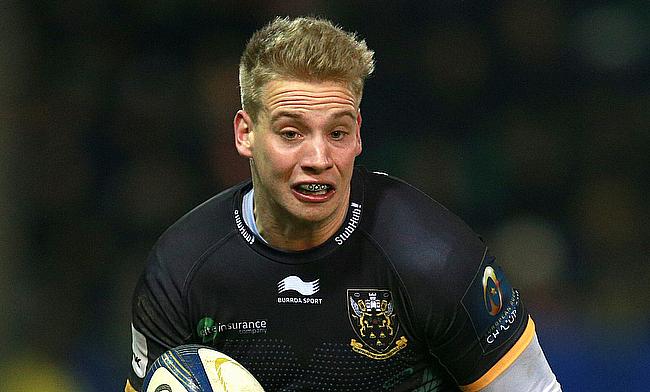 Northampton Saints have confirmed that Harry Mallinder will be leaving the club ahead of the 2021/22 season.

Having joined Northampton Academy at the age of 15, Mallinder made his senior debut for the Saints in 2013 and since then has gone on to play 83 times for the club amassing 233 points.

The 25-year-old also captained England Under 20 side to a Junior World Championship in 2016 and in the following year he was named in the England squad for the summer tour of Argentina in 2017 but failed to get an opportunity.

Mallinder is now looking to to pursue playing opportunity in Japan.

“This wasn’t an easy decision for me, as Northampton has been my Club for the last 14 years," he told in a statement released by the club.

“I’m leaving on great terms with everyone and I feel privileged to have played for Saints, a Club that will always be special to me. I am grateful for everyone’s support through the very good times and the more difficult ones.

“I would like to thank everybody associated with the Club. A special thanks to the medical and S&C departments for all their help, the coaches for their continued support and of course the top set of lads within the playing group.

“I’ve been a Saint over half my life and so this is a big change, but one I am very excited about. I am going to Japan to play fly-half, so I’m excited to test myself in a new environment. I can’t wait to get out there for the rugby and cultural challenge.

“I wish the Club and all Northampton supporters the very best for the future, and thank you all for the great support you have given me during my time here.”