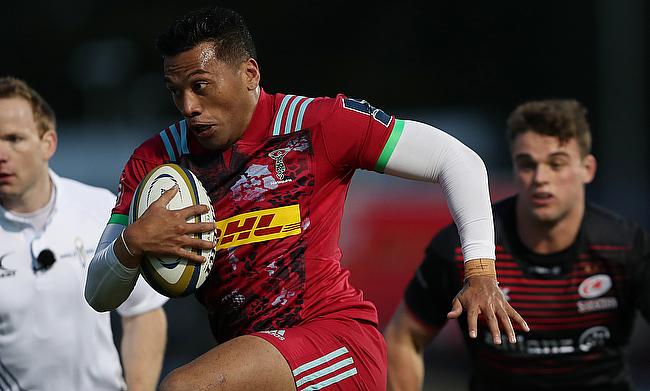 Worcester Warriors suffered their second defeat in the ongoing Anglo-Welsh Cup season after they were beaten 45-37 by Harlequins at Twickenham on Saturday.

The win for Quins came despite a hat-trick from Dean Hammond, who had to end on the losing Worcester side. The Warriors started the game with a lot of promise when Hammond crossed over in the second minute and Sam Olver followed it with a conversion.

Harlequins responded back with a touchdown from fullback Tim Visser in the 10th minute but once again the visitors stretched their lead with Olver slotting a penalty in the 15th minute.

The second quarter was a total domination from the Quins which saw Mat Luamanu (23'), Harry Sloan (32') and James Chisholm (38') scoring tries with James Lang adding the extras on all the three occasions. The third try came after Worcester prop Simon Kerrod was yellow carded as the home side ended the first half with a score of 26-15.

Kerrod returned with no further damage to the scoreboard and his side remained in contention when clever play from Howard sent Hammond in for his second try. Lamb, a half-time replacement for Luamanu, scored a fifth for Quins by neatly picking up a loose ball, before the hosts lost a second scrum-half through injury when debutant Niall Saunders departed with a shoulder problem.

England squad member Marcus Smith, came on to fill the scrum-half berth before Lang scored the best individual try of the game, darting through a hole in the defence and racing 45 metres to score.

Spirited Worcester deservedly collected their bonus point when the impressive Howard crossed before Alofa and Barry exchanged tries as the points continued to rack up. With 12 minutes remaining, Quins hooker Charlie Piper was sin-binned and Hammond's third try set up a grandstand finish - but the hosts just held on.