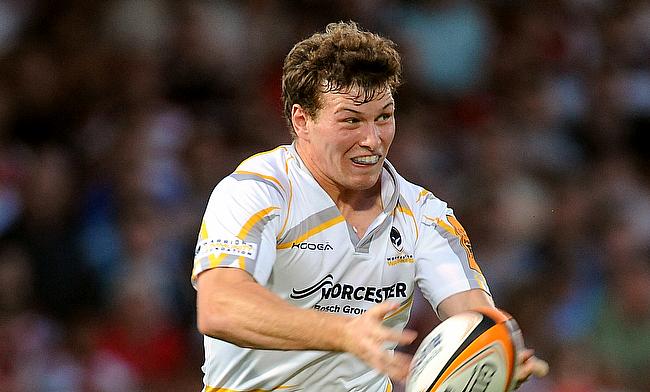 Josh Adams and Max Stelling scored double tries each as Worcester Warriors put on an impressive second half performance to defeat Bristol by 31 - 25 in their Anglo-Welsh Cup encounter on Friday.

Wing Adams got Worcester off to a perfect start with a fifth minute try but it was soon negated when lock Giorgi Nemsadze rumbled across the post for Bristol.

Fly-half Billy Searle took Bristol to lead with the conversion and with two penalties Sean Marsden's men raced to eight-point lead before Worcester Warriors wing Stelling reduced the gap to three points with a try in the extra time of the first half.

Things did not go as per the plan for Bristol in the second half as hooker Rob Hawkins and fullback Jack Wallace were sin-binned which was capitalised by Worcester Warriors with tries from Adams and scrum half Michael Dowsett.

Fly-half Jamie Shillcock added the conversions on both the occasions in the second half as Worcester Warriors managed a 11-point lead against a 13-men Bristol side.

Despite, the two players returned from the sin-bin, Stelling strolled across the post for the second time in the game and Shillcock's conversion took Worcester Warriors to 31 points.

Wallace and wing Tom Varndell's tries in the 67th and 72nd minute respectively raised hopes for Bristol as they reduced the gap to six point but they couldn't quite cross the line.

Bristol coach Marsden admitted that the club have been going through a tough week following the suspension of their rugby director Andy Robinson. He also felt the two yellow cards at the start of the second half changed the complexion of the game.

Marsden said: "It was a difficult week and all we could do is to focus on tonight's game and I thought we showed character and belief. We are ultimately disappointed that we didn't win the game.

"We played with a lot of pace in the opening 40 minutes and should have been further ahead at half-time.

"The two yellow cards were the turning point but we defended our line well and came back strongly so credit to the lads.