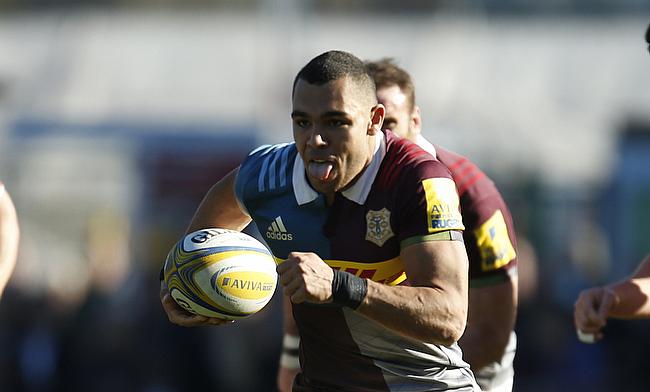 Joe Marchant was part of the winning Harlequins side
©PA

Harlequins started their Premiership Rugby Cup campaign with a 24-12 win over Bristol Bears at Twickenham Stoop on Friday.

The win has taken Harlequins to the top of the Pool 2 table with four points with Gloucester Rugby and London Irish also in the group.

The Quins dominated the opening 15 minutes with Aaron Morris crossing over in the 14th minute with Brett Herron kicking a penalty goal and a conversion on either side taking their lead to 10-0.

Charlie Mulchrone provided the platform for Morris' second try that came in the 36th minute and with Herron improving it the scoreline became 17-0 before Tom Pincus got Bristol off the mark just before the half-time.

The second half saw both the teams struggling to find a breakthrough and it was finally in the 78th minute man of the match Mulchrone broke the shackles with his side's third try making it 24-5 before Matt Protheroe scored a consolation try for the visitors.

“It was on of those games that was always going to blow a few cobwebs out, but we’ve been training well and were ready for the game," said Harlequins captain Max Crumpton.

“It was good to get a hit-out and the tries they scored were really from broken play, so other than I thought we defended really well. There’s a few things we can work on though.”

“It was always going to be positive because a lot of the young guys are getting a chance to play at this level and their physicality was good," said Bristol Bears director of rugby Pat Lam.

“Technically we were just a little bit off and we couldn’t really string it together. We gave away three soft tries but all in all there is a lot these guys will take from it and it will help our squad.

“There was a lot of heart. They broke a few times and the boys kept scrambling and that’s what you want – you want guys to chase back and make some big efforts off the ball."