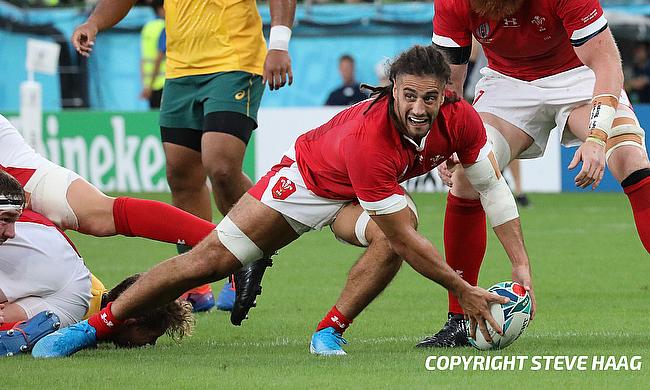 The 28-year-old suffered the blow during the quarter-final against France where he was forced off the field in the 28th minute. A scan revealed that Navidi sustained a 'grade two' hamstring injury that will keep him out of the remainder of the tournament.

With Jonathan Davies also having a knee injury that kept him out of the game against France, Gatland said Navidi will be replaced by a forward rather than a back-rower.

So humbled by all the messages I have received, thank you all so much ???? To have had the chance to play in the World Cup is something that I’ve dreamt of since I was a child and it’s been amazing. This isn't the way I wanted it to end but I know the boys will bring it home ???? pic.twitter.com/DDgZajTNTT

"It is a Grade Two hamstring, so it is at least a couple of weeks," said Gatland.

"It is disappointing for him. He has been very influential and very important for us in the past year.

"Given we brought six back-rowers and have five fit at the moment and have been a little bit short in numbers in the backs then that will probably be a back who comes out as a replacement.

"We have just got to wait to get approval from World Rugby.

"Elsewhere, there are a few sore bodies, but everyone is ready to go. He (Davies) should be at training. He was touch and go for the weekend but it is just a light training session tomorrow."

Wales will now take on South Africa in the semi-final that will be played in Yokohama on Sunday.