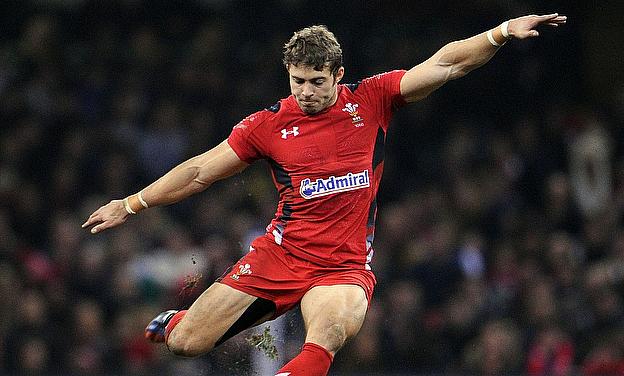 Wales and British Lions full-back Leigh Halfpenny as of today looks set to sign for Toulon in the French Top 14.

The Cardiff Blue is out of contract at the of the season and looks set to leave the Arms Park and the Welsh shores and join the long-list of Exiles who are now playing under more lucrative contracts in France or England.

There have been months of speculation surrounding Halfpenny’s future and Talking Rugby Union understands that the speculation will come to an end with an enouncement expected from the French Top 14 club.

Halfpenny, 25, is understood to have turned down contract offers from both his current team Cardiff Blues and the Welsh Rugby Union.

The move would see the British Lions ‘player of the tour’ will leave his country of birth and join the likes of Jonny Wilkinson, Matt Giteau and Bryan Habana in Toulon’s already star-studded backline at the Stade Felix Mayol.

Reports have put Halfpenny's annual wage at close to £400,000 as the French giants seek a long-term replacement for Jonny Wilkinson.

Halfpenny is, like Wilkinson, one of the best goal-kickers in the world and his fine all-round game means he is considered to be one of the finest full-backs in the world.

Halfpenny has scored almost 350 points in 48 Tests for Wales, and he will be an integral part of their RBS 6 Nations title hat-trick bid this term.

Blues chief executive Richard Holland said: "Retaining Leigh has been one of our highest priorities, and we have done all we can in our power as a region and business to try and facilitate that.

"His outstanding performances for Blues, Wales and the Lions have made him one of the most prized players in world rugby.

"We put our very best offer on the table, but he has been the target of a major European club with significant resources that we simply cannot compete with at this current time.

"Leigh has been a fantastic servant to the Blues, and I know how hard a decision this has been for him.

"He has been presented with a tremendous opportunity to play overseas and feels this is the right move at this stage in his career. He will go with our very best wishes for success with his new club.

"Given the current uncertainty over the competitions the regions are playing in next season and revenues attached to that, it is understandable why players are looking elsewhere.

"The threat to Welsh rugby and our ability to keep top players in Wales is highlighted by the fact the French game is underpinned by broadcast revenues that dwarf anything we receive from our domestic league.

"We need to be able to compete and have meaningful competitions that will increase funding into Welsh rugby. It's not surprising that Welsh players would choose the certainty of strong weekly French competitions over the uncertainty of the weekly club competition in Wales.

"The future of the game in Wales must be sorted out now - this situation simply cannot be allowed to continue."

Critical areas such as revenue and competition structure remain unresolved against a back-drop of uncertainty surrounding next season's Heineken Cup.

Halfpenny's exit from the Blues has been announced just nine days before Wales kick off their RBS 6 Nations campaign.

Wales open the tournament against Italy in Cardiff on February 1, with Halfpenny a pivotal part of coach Warren Gatland's plans.

A number of other big-name Wales players, including Halfpenny's Blues colleagues and Wales captain Sam Warburton, are also out of contract at the end of this season.

No announcement has yet been made regarding Warburton's future, while Ospreys, Wales and Lions forwards Alun-Wyn Jones and Adam Jones have also been linked with possible moves abroad.

"Leigh is one of the most professional and dedicated players I have ever worked with and a proven match-winner," Davies said.

"His mental strength sets him apart from others.

"His development from the age grade system through to international honours is testament the career pathway we have here at Blues, and I look forward to seeing the next generation now follow his lead to the top of the game.

"We wish him all the very best for his career overseas from the end of this season. I know he will be determined to finish strongly with Blues, and the door will also be open to his return."

Wales kick off their Six Nations campaign at home to Italy in nine days' time.