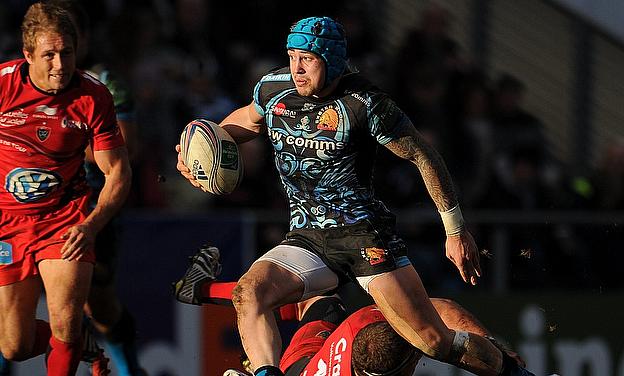 Six Nations 2014 Preview - Who are You Picking?
The Southern Hemisphere Travel to The North - The Six Nations Top Ten Moments
Six Nations Round-up: Round 4

Jack Nowell is ready to solve England's wing crisis for the RBS 6 Nations after declaring a run-out at the Stade de France will prove if he has a Test future.

Injuries to Marland Yarde and Christian Wade could result in two uncapped players being installed out wide for the Championship opener in Paris on Saturday week.

Nowell and his fellow Under-20 world championship winner Anthony Watson are in contention for the two spots, as are Jonny May and Chris Ashton.

The 19-year-old Cornishman has enjoyed a tackle-busting season for Exeter and would welcome the chance to prove himself against France.

"Definitely I feel ready. I made my Premiership debut at 19 and I could have said I was ready then," Nowell said.

"But if you're not put in that situation you never know. I could have been 22 asking 'am I ready'?

"When (Exeter coach) Rob Baxter threw me in at the deep end in the past I thought 'all the better'.

"I've got so much to learn still and I know that, but the only way I will learn is if I'm put into these situations."

Nowell's development has been rapid since making his Premiership debut against London Irish in November 2012, culminating in his inclusion in England's squad for the Six Nations.

Only last June he was helping the Under-20s win the junior world championship in France, beating Wales in the final.

"It doesn't feel so long ago that I was with the Under-20s. Playing rugby has always been a massive dream for me," Nowell said.

"I never thought I'd be able to make it this far. Cornwall is out of the way and used to be completely off the radar.

"The massive thing for me was Exeter getting promoted to the Premiership.

"I look back now and think Christ, a couple of years ago I was at Truro College throwing the ball around with my mates.

"If I get the chance to start against France I'll be excited, but at the moment I'm putting that out of my mind."