Loughborough trio ready to make the grade with London Scottish 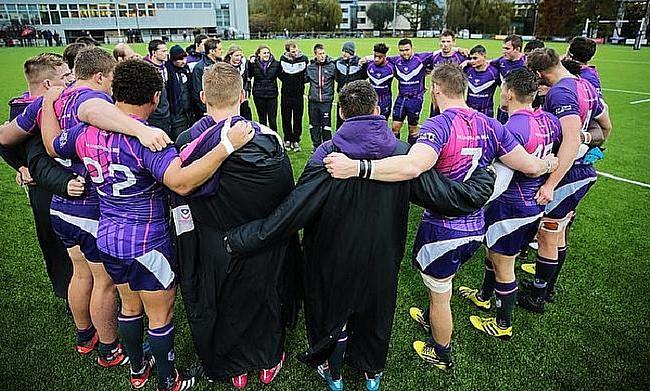 Championship Cup competition announced
Ben Williams on life after Cardiff Met, his move to Ealing and his aims in the Championship
Rich Lane: “It is what you want out of it and for me, it was all about playing.”
Bristol promoted as Ealing fall to Doncaster

The Championship outfit have recruited three players from Loughborough for the 2018-19 campaign and TRU had a chat with the Exiles’ new signings.

Last season, Loughborough Students once again secured their status in National One, but for three of their highly rated players, a move to the Championship beckoned after completing their studies.

The trio of Theo Vukasinovic, Ollie Adams and Luke Frost have all recently signed for London Scottish after competing in both the National Leagues and BUCS Rugby for Loughborough over the last three years.

All three players will be amongst the forwards at The Athletic Ground for this upcoming season as they aim to make an impact after signing their full-time contracts.

Adams (hooker) and back-rower Frost confirmed their moves to the Exiles at the beginning of May whilst lock Vukasinovic penned his deal at the start of this month.

The rangy second rower becomes the 3?rd @LboroRugby graduate to join the side ahead of next season ??

“It [Loughborough] was a really good experience to be honest,” said Vukasinovic. “I developed a lot as a player. We were all good friends in university so that bond made playing for Loughborough really enjoyable.”

Adams added: “There was a really good balance between enjoying ourselves and performing on the field at Loughborough. We had quite a few early morning sessions. It was tough at the same time, but we definitely enjoyed it all the way through from first year to third year.”

All three are the latest players to make the transition from university and National League rugby into the senior game with teammate Jack Stapley also moving to Jersey whilst former Loughborough graduate Isaac Miller won the 2017-18 Young Player of the Season award at London Scottish.

Elsewhere in the Championship, Ealing have also used the pool of talent from university rugby to help bolster their squad with Ben Williams and George Simpson (Cardiff Met) and Jake Ellwood (Northumbria) all earning contracts.

In terms of the London Scottish trio, this is not the first time they will have experienced a professional environment.

During their time at university, they were all part of London Irish’s Academy - with Vukasinovic turning down a contract extension with the Senior Academy – but they all insist the set-up and the way Loughborough develops players has helped with the transition into the Championship.

Been an awesome three years @LboroRugby. Can't wait to get started @LSFCOfficial. Just a shame I couldn't get rid of @lukefrost678 in the process! https://t.co/eqOUthAJLF

“It is a perfect place to learn the ins and outs and what works best for you while you are at university. That makes it so much easier when you come into this environment because you have already tested it out.”

Vukasinovic continued: “I think there is a lot of undiscovered talent at Loughborough. There are a lot of players at Loughborough that have previously played at quite a high level, but they are able to continue to develop. If you are fortunate enough and lucky enough, you can push on.”

The trio all decided to focus on their studies rather putting all of their eggs into the academy basket and with the National Leagues and university rugby now becoming a more fruitful pathway for young players to gain chances further up the ladder, Vukasinovic, Adams and Frost have now been handed their opportunities.

And it is a familiar face who will be overseeing their progress in the second tier of English rugby. Alongside newly appointed Head Coach Nic Rouse, will be Director of Rugby Dave Morris who worked with all three players during his time at Loughborough before switching to the Exiles at the beginning of last season.

Adams said: “Having worked with Dave previously, all three of us know he is a good person to work with. He is really strong about the culture of a club and it is always nice to go to work with someone who is as confident and enthusiastic off the field as they are on it.

“Also when you are going into a new environment, it is great to have a familiar face and it makes the transition so much easier.”

Delighted to have joined @LSFCOfficial for the coming season. Thanks to everyone who has helped me get there! I’m very grateful for the opportunity and can’t wait to get started. https://t.co/gLIuIHyu5z

All three players won’t be fazed by the latest challenge in their short careers. They have been part of England Students squads together, with Adams also representing England U18s, and now they are ready to make their next steps alongside one another once again.

“Obviously coming from National One, the game is a bit different and more physical at this level so I want to work on physical development, but also get up to speed with the London Scottish style,” Vukasonvic said.

“It also about gaining as much time on the pitch as possible because when it gets to the second half of the season or next season, I will be able to fit in seamlessly and crack on to try and improve even further.”

Frost continued: “To echo what Theo said, I want to try and get as much experience in the Championship as possible and work as hard as I can to try and get in the team.

“It is about getting the taste of professional rugby. It is different because it is every day and it is your job so I want to do the best I can.”

Adams said: “For me, it is about staying fit and healthy and also staying injury free after some recent long-term ones! I just want to get my head down and work hard.

“If I can get a couple of Championship appearances as well this season, that would be ideal. Looking further into the future, I just want to keep working to try and stay in professional rugby as long as I can.”

After finishing 11th last season, the Exiles begin the 2018-19 campaign against arch-rivals and ground sharers Richmond on the first weekend of September before hosting Ealing Trailfinders as well as taking part in the newly formed Championship Cup.