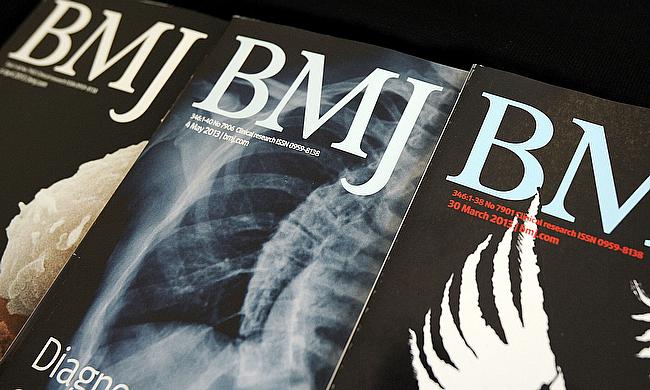 Academics urge for removal of tackling and the scrum from school rugby
Concussion accounts for most reported injury in Premiership Rugby
Protecting Players: World Rugby concussion special
Do 3G pitches reduce the risk of concussion?

Rugby's governing bodies on Tuesday rejected calls for the removal of tackling and scrums from school rugby that has been proposed to avoid serious injury occurrences due to concussion.

llyson Pollock and Graham Kirkwood from the Institute of Health at Newcastle University have presented their case with evidence that most of the neck and head injuries are due to the collision elements of the game.

Writing in the British Medical Journal (BMJ), they said that ministers should "put the interests of the child before those of corporate professional rugby unions".

They also argued that concussions can lead to various consequences including premature death, low achievement in the professional field and more so in the case of girls, who were found three to four times affected than boys.

Professor Pollock further stressed that the students can play contact rugby for their clubs but schools should not advocate for it.

World Rugby played down Pollock's statements and described the advice as "extreme and alarmist".

"The continual claims made by Pollock are not based on like-for-like injury statistics and her extreme and alarmist conclusions are simply not supported by the data," the statement read.

"For example, it is well documented that, for most sports, injury rates increase with age and yet the research quoted mixes 9-12 with 18-20 age groups.

"Contrary to Pollock's opinion, the systematic published studies where injury has been properly defined and monitored suggest the risk for pre-teens is not unacceptably high compared to other popular sports."

"Mini and junior sections at clubs are packed to the gunnels on a Sunday morning now because they are making a decision that even though there is a bit of risk involved in this game - perhaps a little bit more than other games - the benefits for the child and the benefits and values the the game stands for are worth buying into," Cosslett said.

"Coaching of technique is critical to doing something safely and rugby is no different... learning to tackle early is all about technique and the stats are very clear - if you learn to tackle as a real youngster, the chances are you will get less injuries."

‘To see the pain on his face, you knew it was serious’ - Wasps on Jack Willis' injury