Jake Cooper-Woolley: Going to university was ‘very beneficial’ for my rugby career 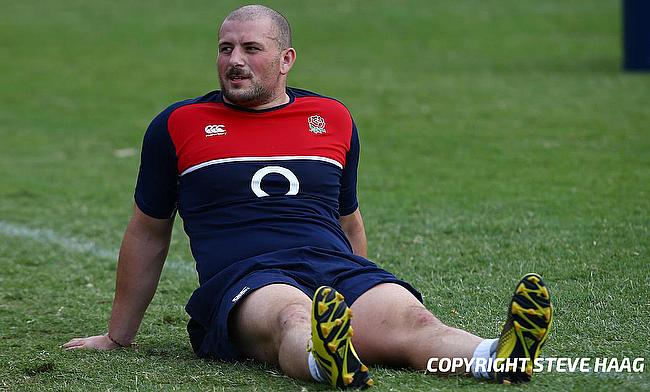 Recently having left Wasps for pastures new in Manchester, Jake Cooper-Woolley sat down in the Sale Sharks media room the picture of calmness. Sitting back in his chair, the tighthead prop laughed about the dismal weather that he has got to get used to at his new club.

Cooper-Wooley’s path to professional rugby wasn’t as regular as some of his teammates past and present. Only starting to take rugby seriously when he attended Cardiff University to gain a degree in Human Geography and Planning, Cooper-Woolley says that he doesn’t think he’d be playing a high level of rugby if it wasn’t for his time in Cardiff.

“I don’t think that I would have played professional rugby if I hadn’t have gone to university so it was definitely very beneficial,” Cooper-Woolley said. “I did a bit of academy stuff when I was younger but was never really that into it. It was neither here nor there for me.

“I went to a normal comprehensive school, didn’t play rugby there, I played for my local rugby club, Dorking, but when you’re 16, 17, 18, it’s not a massive rugby programme. You train or play on a Sunday and there’s not much in between.

“Going to university was the first time I was in an environment where you were training a few times a week. With the help of my coach at the university, I started playing men’s rugby at the weekend for Bedwas.”

Did you get it right? Jake Cooper-Woolley also captained Cardiff University to victory at the Welsh Varsity in 2012. pic.twitter.com/6lT5ydiJyp

Attending Cardiff University for four years, the prop captained the university side during his time there and was a part of the side that gained promotion to BUCS Premier South A, allowing Cooper-Woolley to see how the other top university sides conducted themselves.

“I think that university rugby, at the top, is really, really strong,” Cooper-Woolley continued. “A lot of guys go to university with the ambition to play rugby and at any university there is a lot of people who play. We used to play against Hartpury and Cardiff Met and they considered themselves as professional rugby teams almost.

“When I was at Cardiff, it was a bit more relaxed. We started to be a bit more like that. I’m aware now that they’re a lot more serious and I think that’s great for young guys that leave school with not too many opportunities to play professional rugby, but to go to university, get a degree and also get full-time rugby in between your studies is excellent.

“Universities are so well provisioned; they have excellent weights programmes. You’re training all the time and you’re having fun as well, so it’s really good especially for those guys in the national competition. It’s obviously made it better again, so I think that everybody that plays uni rugby probably loves it. I loved it and it’s now even more competitive.”

After finishing university in 2012, Cooper-Woolley stayed in Cardiff for a year in an attempt to break into the Cardiff Blues squad, with whom he had signed with in 2010, whilst also playing for Bedwas. In 2013, Wasps signed the prop where he would remain for six years prior to his recent move to Sale Sharks.

As a visiting player, Cooper-Woolley claims to have no happy memories of his trips to the AJ Bell and is looking forward to calling the ground home: “Dimes (Sale Director of Rugby Steve Diamond) makes the point, saying it’s wet and cold on a Friday night and people aren’t used to that.

“Whereas we train in the wet all the time and you get a bit more accustomed to the weather. I don’t think I ever won there with Wasps in any competition, so I’m looking forward to having a lot more better evenings at home. With it being a home ground that Sale tend to do well at year on year, I’m looking forward to being a part of that.”

Sale made headlines during the latter part of last season with many of their signings, Cooper-Woolley amongst them. The likes of Robert, Dan and Jean-Luc du Preez, Akker van der Merwe, Lood de Jager, Mark Wilson and Simon Hammersley have all joined the ranks at Sale, leaving many of the club’s fans with a good feeling and belief that the club can progress next season.

“Obviously they’ve been going well with a bit of a smaller squad for the past few years and they’ve added some pretty good players,” added Cooper-Woolley. “I think everyone is really optimistic about where the club can get to and obviously it’s super competitive in the Premiership, but I think everyone has got a good attitude towards working hard.

“It’s not just going to happen, everyone is singing off the same hymn sheet at the moment, so it’s a bit less stressful with no games to be played. It’s going very well, and everyone is excited to see what we can do.”