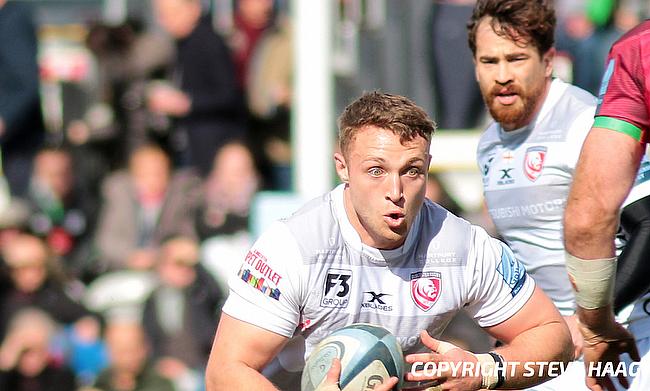 Gloucester Rugby made full use of Melani Nanai Vai's red-card as they thumped Worcester Warriors 15-44 in their Gallagher Premiership face-off at Sixways on Saturday.

Nanai Vai was sent off in the 18th minute for a no-arms tackle on Gloucester's Jonny May, who did not return back to the field following a head injury assessment which meant the home side had to play with a player short for the final three quarters which did not help their cause.

Ted Hill just took two minutes to start the proceedings for the Warriors with a try as he crashed in the right corner. Billy Searle, who made his debut for the club missed the conversion.

Following the red-card of Nanai Vai, Gloucester got off the mark with a penalty kick from Billy Twelvetrees at the end of the first quarter, even though Searle responded back with a three-pointer of his own in the 25th minute.

Nevertheless, playing with a player less took a toll on the home side as Gloucester finished the first half strong with back to back tries Jack Singleton (27') and Ollie Thorley (38') as the teams headed into the break with a 8-15 scoreline.

There was no respite for the Warriors as Gloucester sealed the bonus point early in the second half with tries from Thorley (49'), Louis Rees-Zammit (55') and Jason Woodward (62').

Even though Scott van Breda with a 72nd minute try provided some respite for the Warriors, Gloucester capped off the game with Stephen Varney's try in the closing stage to complete a 29 point victory.