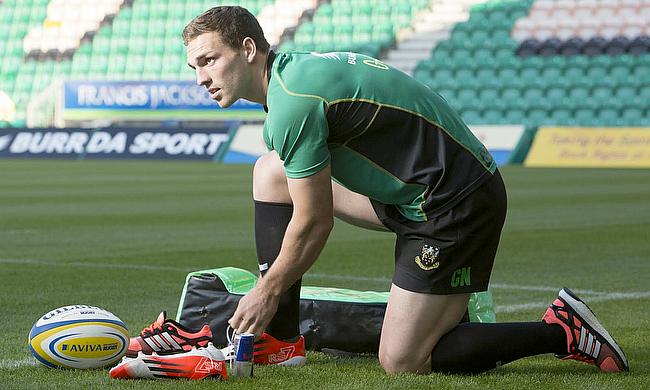 Wales’ dynamic winger chooses the six players to look out for at this year’s RBS 6 Nations.

“This is probably going to be one of the most competitive 6 Nations to date,” George North tells RedBull.com down the phone before he heads into pre-tournament lockdown with the Wales camp.

The Dragons’ star winger is undoubtedly on the money. With Eddie Jones’ England side in the ascendancy, and Ireland and France also looking plenty handy (not to mention Wales themselves), who’ll win this year’s 6 Nations is a tough one to call for even the most ardent betting man.

So if it’s too close to call for the ultimate winning team, what about choosing the individual danger men in each of the six squads, the guys who are really going to do the damage come match day? We asked George to pick his six stand-out players ahead of this year’s tournament.

“If you look at Italy, it’s Sergio Parisse. If you allow Sergio to have a good game and get in his rhythm, Italy will play well, and he’s a definite talisman for them – you think of Italy, you think of Sergio. When we play them, we’ve got to make sure we keep him in under wraps.”

“The problem with England is that there are a few key men there. But I’d go for Dylan Hartley. I think the way he’s captained and led his team, as well as the way he and Eddie Jones work so well together – when he leads from the front and he’s on his mettle, he’s a hard person to stop and a big, key member of their team.”

“When you play Scotland, from a backs point of view, someone who’s really strong is the young man Stuart Hogg, a good friend of mine. He’s someone who, if you allow him time and space, he will literally run circles through your defence. He’ll get on the front foot, so he’s another one to watch out for.”

“Ireland are a quality team. I mean, they beat the All Blacks in the Autumn series and they’re a team that’s playing well, definitely one of the teams to beat in the 6 Nations. If you look at the heartbeat of their squad, it’s Connor Murray. He’s someone who’s a linchpin between the forwards and the backs, and when he plays well, he puts his team in a good place to win games.”

“Not just because he’s a team-mate at Northampton, but I think you have to look at Louis Picamoles. He’s the size of a small mountain and a great bloke, but he is deadly off the face of a ruck or a scrum. He’s quick, he’s powerful and he’s particularly difficult to tackle. If he plays well for France, with their ‘Allez, allez’, high-paced rugby, that’s not going to help anyone really.”

“Liam Williams is a guy that can play Wing or Full Back, although he prefers Full Back – but when he comes on, he does a job anywhere for you.  He’s a man that’s slight in stature, but deceptively strong for a guy that big, and he’s got an unbelievable skill set. If you give him a bit of time and space on the field, and if he’s playing with a smile on his face, you’ve got to worry, because that means he’s enjoying his rugby and he means business.”

So, can George pick a winner for this year’s 6 Nations? Er, not really…

“The team to beat this year, the standout team, is England. The squad they’ve got is great, and they all seem to be playing on the same wavelength, which shows with the results they had in the Autumn series.

“Another team that I think have got great potential is Ireland. They beat the All Blacks, and even if it wasn’t in New Zealand, not many people beat the A.B.s last year. To beat them in any part of the world is brilliant.

“So the danger teams are England and Ireland, but I know for a fact that if Wales play to our potential in each game, we’re definitely in with a chance. If you look at our form in the Autumn series, we won three out of four matches. But if you break that down to the individual performances, they weren’t actually as clinical as we were hoping for. Taken as a whole, it’s obviously brilliant, but we’ve got a lot more detail to work on. But if we can carry the form of the last game against South Africa into the Six Nations, we’ll put our best foot forward and that will give us the best possibility of securing a good result. And that’s all you can ask for, really.”