Players to look out for in Six Nations 2017 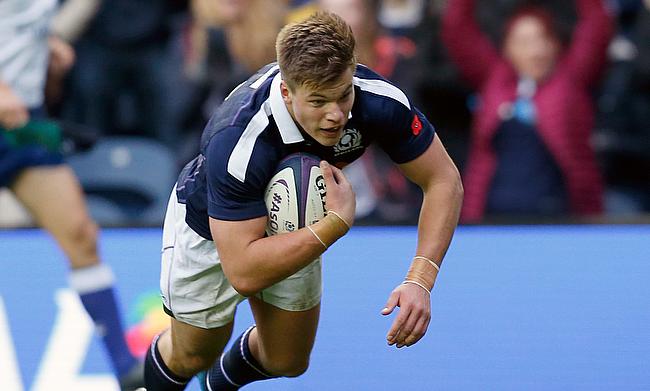 Huw Jones can make a difference to Scotland.
©PA

As the Six Nations 2017 tournament is set to kick-off from 4th February, we take a look at six of the players, who might excel for their respective teams.

Head coach Eddie Jones continues to downplay the hype around Saracens' stellar second row. The wily Australian is fighting a losing battle there. The 22-year-old is already so important to England that Jones is weighing up whether to shift him to blindside flanker with Chris Robshaw missing the tournament because of shoulder trouble. Already exceedingly accomplished in all facets of forward play, Itoje will be a pivotal part of England's title defence.

The Scarlets centre's form this term could well break up Wales' record-breaking midfield pairing of Jamie Roberts and Jonathan Davies. Williams impressed as the Scarlets forced a 22-22 Champions Cup draw with reigning champions Saracens in mid-January, seemingly finding top form just at the right time. Roberts and Davies have played more Tests as a centre partnership than any other in Wales' history, but head coach Rob Howley could easily view Williams as his most potent midfield option.

Richly talented Leinster centre Ringrose has had his Test future trailed, predicted and laid out before him for several years now. But after a clutch of impressive Test performances in the autumn, the 21-year-old is now primed to cement his arrival on the international stage. An unused replacement in Ireland's historic 40-29 win over New Zealand in Chicago in November, Ringrose went on to win his first three caps across the autumn internationals. A smart try in the 27-24 win over Australia ought to prove the first of many.

Edinburgh-born centre Jones has risen to prominence with South Africa's Super Rugby outfit the Stormers. The 23-year-old announced himself to the Test arena in a fine autumn stint, and will challenge defences with his game-breaking abilities across the Six Nations. Jones' two-try brace in a man of the match showing against Australia in November has laid the foundations for a fine Test career ahead.

A revised selection policy means only those holding French passports will be eligible to become new caps for Les Bleus. Any stars who are already capped and qualify on residency can continue their Test careers however, and Fiji-born flyer Nakaitaci falls right into that category. The hulking Clermont winger has subtlety to add to his clear brute force, and coach Guy Noves' offensive strategy ought to suit France's back-three talents.

The 121-cap veteran number eight remains Italy's most important player, however obvious a selection. No team in the Six Nations turns to their captain for inspiration as often as Italy with Parisse. The 33-year-old might not be quite the force of yesteryear, but if fully fit can still threaten through his rare mixture of blunt force and rapier skills. New Italy coach Conor O'Shea will need Parisse at his best for the Azzurri to stamp any authority on proceedings.