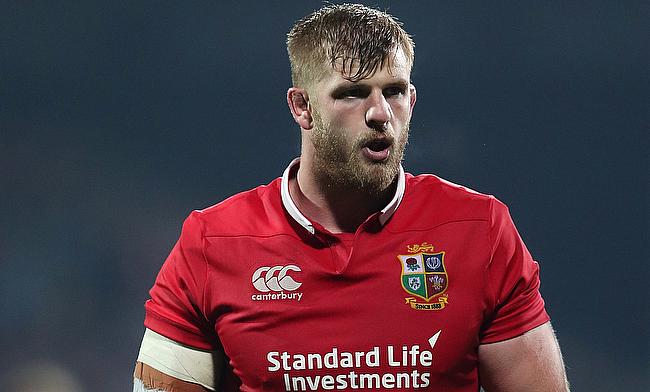 George Kruis has been with Saracens since 2009
©PA

Saracens, Wasps and Worcester Warriors cut player wages by 25 per cent
Lewington double sets up Saracens' 24-13 win over Leicester
Ben Earl and Max Malins to remain with Saracens until summer 2023

Saracens lock George Kruis described the 25 per cent pay cut announced by various clubs due to the coronavirus outbreak as 'reasonable'.

With the Rugby Football Union already cancelling the remainder of the domestic competitions except the Premiership, a number of top tier clubs have announced cut in wages for staffs and players due to the financial instability.

“I can only speak for myself but we’re in an entertainment industry which is being hammered at the moment,” he told Press Association.

“If we’re on a good wage and we’re complaining about 25 per cent, then I don’t think we’re realistic about the situation.

“A lot of people have taken a big hit, losing their jobs, and it’s affected the economy.

“Some people are doing an unbelievably good job around the nation during this crisis. I’m very humbled by the situation. I think 25 per cent is reasonable.”

Kruis has been contracted with Saracens until July and is rumoured to head to Japan next season. All the Premiership players have been in self isolation with the tournament on hold with the coronavirus outbreak.

“There’s plenty of comms, lots of heat flying back and forth, which is a good sign. Playstation use has gone up to make sure everyone is talking to each other,” he said said.

“We’re playing Call of Duty, so when we get half an hour we get together. There’s a group of eight or so – big enough to call it social bonding.

“Richard Barrington and Vincent Koch are the best, Will Skelton gives out the most heat. He’s a snake so you’ve got to watch out for him.”