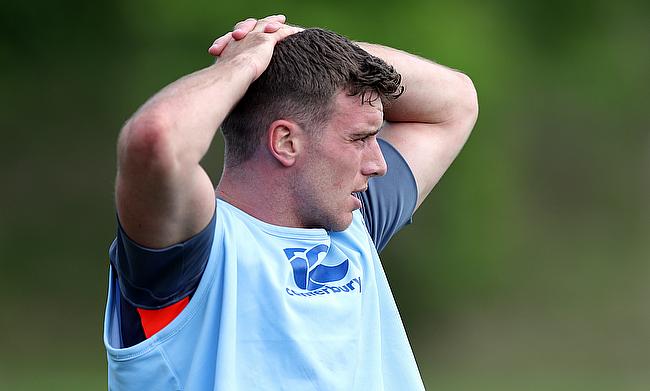 England international George Ford is keen to develop his leadership qualities as Eddie Jones' men prepare to take on Argentina in a two-match Test series.

15 players from England including the likes of Owen Farrell, James Haskell, Jamie George and Maro Itoje will head to New Zealand for a 10-game gruelling tour with British and Irish Lions.

The combination of Ford-Farrell has been Jones' most successful combination during their record of 18 consecutive victories but now the 24-year-old will have a challenge to deliver without the Saracens fly-half.

Ford, who has been named one of the vice-captain for the tour of Argentina along with Mike Brown and Danny Care will be hoping to win the series 2-0 before he rejoins Leicester Tigers ahead of the next season.

"It's good sometimes to play with different people and come up with different ways of trying to break teams down as well as defending and kicking," said Ford, when asked how he will adapt in Farrell's absence.

"I have to get in the team first because you want to be part of this team. It's too good not to be a part of because of the way you get challenged."

England will miss the services of their regular skipper Dylan Hartley on Sunday when they take on Barbarians and Ford wants to use the opportunity to develop his leadership skills and evolve with the likes of Chris Robshaw around.

"I'm looking to try to develop my leadership all the time really," said Ford.

"As a 10, you're more an on-field leader but I suppose especially last week and this week with Dylan (Hartley) not being here for example, there's some more off-field stuff that I've tried to develop and take upon myself a little bit more, just to make sure that our stuff around camp on and off the field is where it's expected to be.

"Obviously we've got (former captain) Chris Robshaw here who's brilliant at that, Mike Brown and Danny Care as well so we've got four or five people that are trying to take a bit of a lead on that and make sure everything is in order."

Ford also expressed confidence of the team having a successful outing in Argentina despite missing out on most of the frontline players to Lions and injuries. The former Bath fly-half also added that Lions' exclusion is no more in his mind and wants to shift all his focus on playing for England.

"Eddie's pretty matter of fact about things and he just said 'let's crack on'.

"I don't think you would want to go to Argentina thinking: 'let's try our best and see what happens'. We want to go there and win two-nil and we are expecting to do so regardless of who is here.

"England is my sole focus. The Lions is irrelevant to me now.

"I'm trying to make myself a better player and be part of a great England team that can go to the World Cup in 2019 and try to win it.

"I had a great four years at Bath. I really enjoyed my time there and I have some great memories that I will take with me. I suppose that chapter of my career is over now.

"I'm looking forward to rejoining Leicester and hopefully being part of a team that can really challenge and win trophies again because I know that's what the club can do and as a player that's what you want."