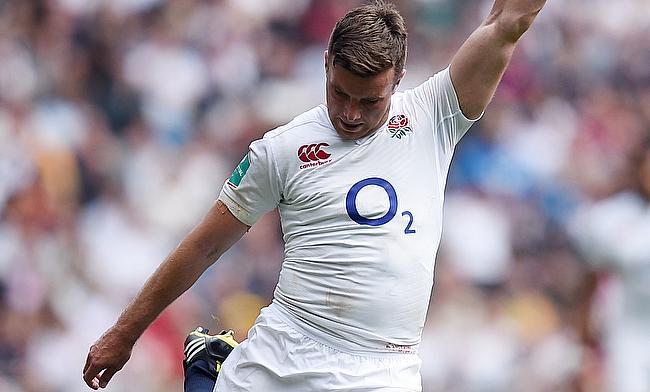 England fly-half George Ford has clarified that he has no intention of joining his father at French big-spenders Toulon but did leave a window open to follow Jonny Wilkinson’s footsteps by heading to France later in his career.

Media reports had earlier surfaced in France linking the 23-year-old with a move to Toulon where his father, Mike, was recently appointed head coach.

The reports prompted England head coach Eddie Jones to issue a caution to the Bath player that any overseas player would forfeit his right to represent England.

Mourad Boudjellal, the Toulon owner, is renowned to go to great lengths to get his prized targets.

Ford was forced to clarify his future plans with Jones following the news reports.

“I don’t know what was going on there last week to be honest,” Ford said.

“It was news to me anyway. I’ve never met Mourad. Obviously my dad’s there but I want to play for England so I want to play in England. After it all came out I had a quick chat with Eddie and said: ‘I don’t know where all that’s come from’. It escalated a little bit but none of it is true and I just want to crack on basically.

“I’ve not met the guy but he’s very ambitious and tries to build a squad with some world-class players there. You hear names every week who Toulon are trying to sign. They haven’t got a bad squad as it is – I don’t know why they need to sign anyone else. But hopefully they’ll sign a few for my dad’s sake.”

However, Ford admitted, in future he can anticipate himself following in Wilkinson’s footsteps by moving to the Top 14 in the autumn of his career.

“I think it would be a great life experience playing somewhere like France,” Ford said.

“It is a different way of playing and living – you’d probably see the sun and the beach a lot more. I suppose it’s something quite a lot of the lads have done and probably will do. I’ll see where I am in a few years’ time.”