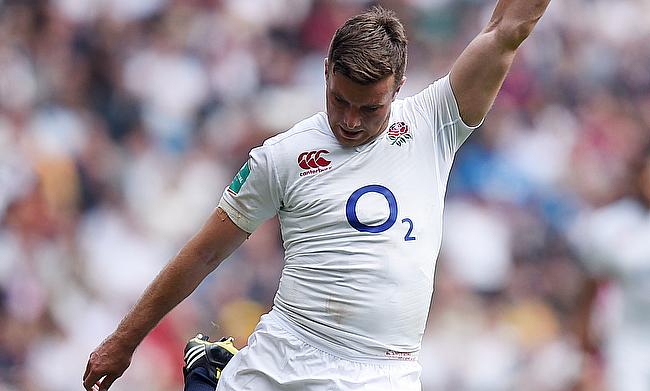 England rugby coach Eddie Jones has fired a warning to George Ford, not to toss away his international career by signing with big-spending French club Toulon after reports surfaced in French media about reuniting the Bath fly-half with his father Mike, who recently took over as the head coach at the Top 14 club.

Jones has plans to sit down with the 23-year-old during England’s training camp in Algarve and send a direct message to caution him from swapping the Premiership for the Top14.

However, Jones believes that ultimately the decision will be upon Ford if he wants to play for England or the French club.

“We don’t want to lose George but ultimately he’s got to make a decision,” said Jones.

The Rugby Football Union has enforced a policy against picking overseas-based players and Jones says he fully supports RFU's stand on the matter and feels it would cause the English game crucial complications if he were to make any exceptions.

“I think it’s 100% right. It protects English rugby for the long term. You’ve only got to look at what’s happened in France, where foreign players have been allowed to escalate to over 50-60%, and you have massive problems for the national game. You take some short-term pain for the long-term gain. This is not an Englishman talking. For the long-term future of the game we need to look after the Premiership.

Media reports in the France on Monday suggested that the fly-half is a major transfer target for Toulon owner Mourad Boudjellal, who had recently promoted George's father - Mike to the role of head coach at his club.