Ashton made a wrong move by moving to Toulon - Mark McCall 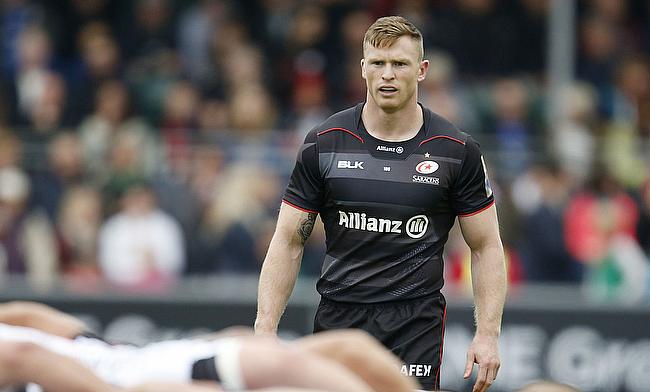 Saracens rugby director Mark McCall believes Chris Ashton has made a wrong move in his career to shift to France after signing a three-year deal with Top 14 club Toulon.

The double champions agreed to release the England international at the end of the season with a year left in his contract after receiving compensation.

The Manchester born fullback had stated his displeasure to continue with the English Premiership after he was sanctioned 23-week ban overall in this year for involving in biting incident with Northampton Saints prop Alex Waller (13 weeks) and making contact with the eye area of Ulster's Luke Marshall (10 weeks).

Ashton also seemed to have given up hope on making a comeback to the England team.

However, McCall believes his chances of revival as a player and and also as a person would have been better served had he continued with the Allianz Park outfit. "Chris is almost 30 years old and this is probably a big opportunity to get a big contract," McCall said.

"You can see that people will look elsewhere as they get towards the end of their careers - probably not for rugby reasons. That's understandable as people lose their international chances.

"But if you're asking me if it's the right move from a rugby point of view to develop his game or develop him as a person - it's not. And I told him that, but he obviously doesn't think that.

"His game has come on leaps and bounds at this club. This is the right club for him to grow as a player and as a person. It's unfortunate that he's decided what he's decided.

"It's disappointing because we wouldn't have given him a two-year extension if we didn't think there was more in him and more value he can bring to the club. He's brought a lot of value during his five years here."

Ashton is fourth placed in the list of overall try scorers in the Aviva Premiership after amassing 71 of it. At the international level, he has represented England 44 times and has scored 19 tries but now with his move to France, his chances of adding to the tally with the red rose team seems unlikely.

He will return to action for the Saracens on 19th December following his 13-week ban coming to an end.