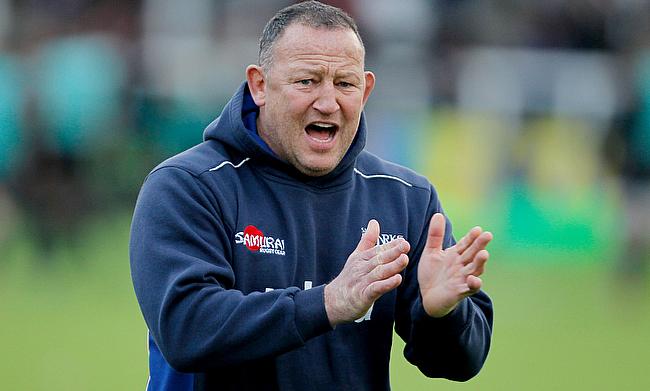 Sale Sharks rugby director Steve Diamond believes the pressure will be squarely on the French giant Toulon when both the teams meet each other in the upcoming European Champions Cup game at AJ Bell Stadium on Friday.

Both the teams have started their campaign with defeats and another loss here might dampen their chances of making it to the play-off. Toulon succumbed to a 23-31 defeat to Saracens while Diamond's men lost to Scarlets by 28-11 in the Round 1.

Drawing comparisons between Toulon and football club Barcelona, Diamond insisted that playing Sale Sharks at home will be a tough challenge for the Top 14 club. He also added that the pressure of expectations on Toulon will be high when they take the field on Friday.

"In football terms it's a bit like Barcelona coming to town because Toulon are the biggest club in world rugby. We'll see how good they are on Friday night," the Sharks director of rugby said.

"Toulon are the biggest spending team in the world. They're the most successful side over the last five years and we're fortunate enough to have them in the group.

"You can see how prominent that is by the size of the crowd - there's 8,000 tickets sold and the Manchester public come out to watch the big teams. There's no bigger than Toulon.

"Toulon have everything to do. They've got to come to Manchester on a wet, windy night to beat us and get a bonus point - so the pressure is on them.

"The players have got a gameplan to put in place and if they get that right and put in a really good performance, then perhaps we'll get a win.

"By virtue of us not losing many games over the last four years at home, it makes it a difficult place for sides to come to.

"Toulon were beaten last week taking no points so the pressure is on them really.

"We've just got to do what we do well and perform at the highest level and if we do that we've got a chance."

Toulon backs coach Mike Ford expressed confidence on his side to make a strong statement after their defeat to Saracens in the opening game.

"Sale will be tough and will be licking their lips, but we have superb players and they will respond," Ford said.