George Ford keen to play alongside Manu Tuilagi at Leicester 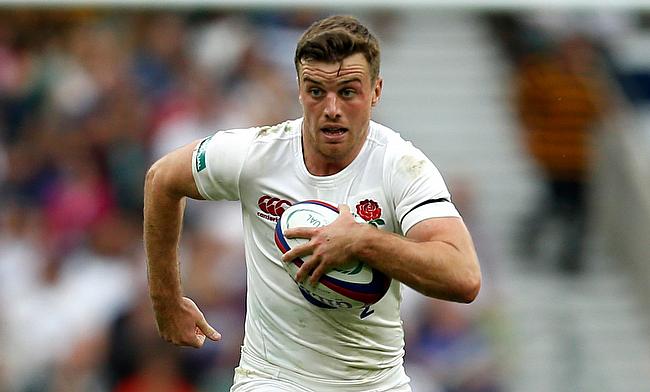 England international George Ford said he is looking forward to play alongside Manu Tuilagi in the upcoming season for Leicester Tigers.

Ford, who kick started his professional rugby career with the Tigers has returned back to Welford Road after a four year stint with Bath Rugby. Tuilagi, on the other hand joined Leicester in 2009 and his international career has been marred with injuries and controversies with his last appearance for the red rose team coming in March last year.

Tuilagi's latest setback was when he along with Sale Sharks winger Denny Solomona was sent back home from a three day training camp in Teddington due to disciplinary issue and Ford, who is seeing the 26-year-old from close quarters is impressed with how the 6ft 1in centre has carried on following the incident.

"Manu was very remorseful about what he did. He made a poor decision, but everyone moved on pretty quickly.

"We know that Manu at his best is an unbelievable, world-class player. Everyone has been putting their attention and energy into getting him on to the field and making him the best player he can be.

"I've been nothing but impressed with Manu in training. He's had a few years where he hasn't played a lot of rugby, and it's tough when you haven't played for a long time, but he has looked good.

"In training he is getting himself in good spaces, his communication is good. I think with Manu he just wants to get back playing, that's all he wants to do. Get a bit of a run going, train and play each week and we will see the best of him, I'm sure."

Tuilagi has featured in just one Test since 2014 and was highly known for his impressive performance against New Zealand at Twickenham in 2012 when England won 38-21.

Ford believes Tuilagi can still make it to the England squad by proving his mettle with Leicester Tigers first.

"I think they've said to Manu to go away and play consistently well for Leicester first, and see where that takes him, but I am sure if he gets a run of games he will definitely put his hand up.

"He looks in good shape. He is training consistently now. I couldn't be more impressed with the lines he is running in attack, his communication and what he's doing defensively.

"To do that when he has not played that much shows what a world-class player he is. I want him outside me, that's for sure."