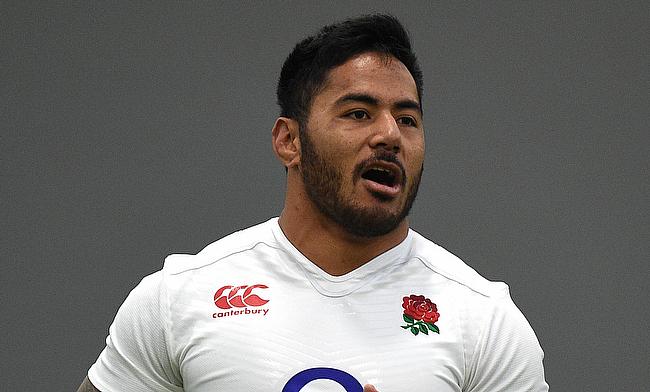 Leicester Tigers centre Manu Tuilagi has been included in the 37 man training squad of England that will feature in a three day camp starting this weekend.

Tuilagi, who has featured in 27 Tests for England, has been sidelined by a series of injuries that kept him out of action for a lengthy period and his last appearance for the red rose team came in March last year.

The British and Irish Lions' England contingent - Dan Cole, Owen Farrell, Jamie George, Maro Itoje, Jack Nowell, Kyle Sinckler and Anthony Watson - will be part of the camp for just one day that constitutes of medical check-ups and various reviews while the remaining players, who were part of the New Zealand tour opted to have an extended break.

England coach Eddie Jones highlighted on the importance of the training camp as they build towards the 2019 World Cup in Japan.

"We are at an incredibly important stage with two years to go to the Rugby World Cup in Japan, and there is still a big step to make if we want to be the number one team in the world.

"We are going to have to be meticulous in preparation in everything we do as we build towards Tokyo, and that is why this camp is vital ahead of this season.

"The players, coaches and staff will use these three days to reconnect and ensure we are all clear on what our priorities and expectations are ahead of the Premiership season, as well as the upcoming Old Mutual Wealth Series (in November)."

The Teddington camp from August 5-7 will involve medical check-ups, functional and rugby training, planning meetings and individual reviews as England begin their preparations for the November Tests against Argentina, Australia and Samoa. England boss Jones will also organise another training camp in Oxford next month with the squad for the autumn international series to be announced in October.