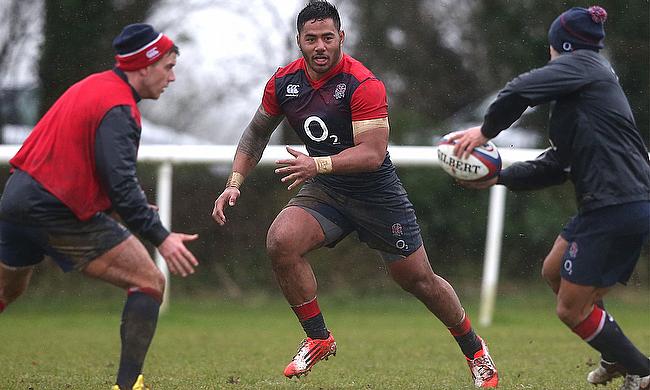 Former Ireland and British and Irish Lions captain believes time is running out for England international Manu Tuilagi after his latest disciplinary issue.

The 26-year-old along with Sale Sharks winger Denny Solomona were released from England's training camp in Teddington as they returned to the team hotel drunk at 4:30 am on Monday morning.

England coach Eddie Jones is set to name the squad for autumn internationals on 22nd September and Tuilagi will have a nervous wait as he is hoping to resume his international career that is stalled by a series of injuries and controversies.

"It's hard to not agree with what Eddie's done and maybe Manu needs to serve some penance now," BT Sport pundit O'Driscoll said.

"He has a lot of really good qualities, but he's running out of lives after being given lots of second chances.

"It was an error of judgement for him to be out like that during an England camp. It was unnecessary and he should have kept his powder dry.

"He's been punished and now he'll have to earn the trust of Eddie and the players. It's made his recovery back into the England set-up more difficult."

However, O'Driscoll, who represented Ireland 133 times between 1999 and 2014 said if the Leicester Tigers centre return back to full fitness, he will be an influential player for the red rose team.

"But you can't bite your nose off to spite your face. If Manu is fit and playing well, you can't ignore that.

"On his day he's a game breaker and you have to get as many of those in your team as you can.

"You can't throw someone like that out completely on the back of indiscretions, even if they've been too numerous for your liking."

Tuilagi has made just a solitary appearances for England in the last three years and his last start at Twickenham was over four years ago. But, O'Discoll believes with age on his side, it will be hard to write-off some one like Tuilagi.

"When I played with him in 2013 I thought he'd be a superstar for years to come," O'Driscoll said.

"He's been riddled with long-term injuries so it's been hard for him to make any impact. He needs a run of games to show the best of himself as a player.

"Off-field he needs to play it a little bit smarter to make sure he doesn't find himself in any more compromising situations.

"He's still a relatively young man and is guilty of making some immature decisions. Don't write him off just yet."