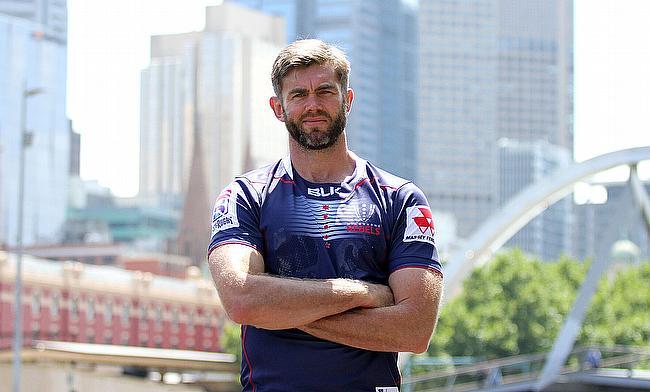 Geoff Parling joined the Rebels as a player in 2018
©PA

As an international rugby player, Geoff Parling only visited Melbourne once.

Starting for the British & Irish Lions in the second Test of the 2013 tour, he played the entire game alongside Alun Wyn Jones as the Wallabies tied the series thanks to a late converted Adam Ashley-Cooper try.

In 2018, Parling returned to the city as a player, linking up with the Melbourne Rebels after a spell in Japan’s Top League with the Munakata Sanix Blues. Melbourne finished the season just adrift of the Sharks, missing out on the Super Rugby play-offs due to their points for and against totals.

Staying on with the Rebels after his retirement that year, Parling is now the lineout coach with the franchise and he will be looking forward to the weekend as Super Rugby AU starts on Friday morning, with the Reds taking on the Waratahs whilst the Rebels are in Canberra to face the Brumbies.

It has been a disruptive time in the history of Australian rugby union too. The much-liked CEO of Rugby Australia, Raelene Castle, resigned from her position whilst several high-profile players at the Queensland Reds were released having not accepted interim pay deals.

“There’s no point in shying away, it has been a bit unsettling at times,” Parling said. “There has been a lot of stuff in the press that probably hasn’t helped. There are still some really, really good players and it is great that we are back into it. You can see the excitement in the lads, when we were training on Monday we were shouting ‘game week’ and they were keen to get involved and stuck in.

“It has been, for everyone around the world but especially in Australia, it has been a little bit tougher but I am pretty sure that there is going to be something very, very good when we come out of the other side.”

Melbourne have lost lock Luke Jones to Racing 92, a key part of Parling’s lineout, but following a number of weeks in lockdown, the former England international and his other coaches have been hard at work, preparing for their inevitable return to play.

RD 1?? of the Vodafone Super Rugby AU is here!

“The lads had programmes to do themselves, we kept in touch and we split the players in groups, each with a coach,” Parling said. “I had 10 players in my group and we would keep in touch three times a week. The lads presented very well, fitness and running wise. They didn’t want to just stay in during lockdown either and they presented really well as a result.

“It has taken them a bit of time to get used to taking contact again, because they have had nine, 10, 11 weeks off. That is a long time, players aren’t used to going that long without any form of contact, so we are building that up and getting ready for these games.”

Along with all the other changes in Australian rugby, there has also been a new man to take the reins of the men’s national side. Arriving from Glasgow is New Zealander, Dave Rennie, who has been charged with improving the fortunes of the Wallabies.

Rennie, despite not having even taken charge of the national side yet, has already been making headlines. He took a pay cut in order to help his employers become stable long-term whilst his predecessor, Michael Cheika, has recently implored that Rugby Australia need to let the 56-year-old focus solely on rugby.

When speaking ahead of Super Rugby Aotearoa, Chiefs backs coach Roger Randle told TRU that he was viewing New Zealand’s restart as back to back All Blacks trials and Parling is of the same mindset and says that Rennie has been in regular contact with the Australian teams.

“I think Dave Rennie has publicly said that he is going to pick players on form,” Parling said. “So, there are lads that have been on the fringes for quite a while and they will definitely be excited to get in and have a chance.

“The communication from him, as well as his team, has been really good to the clubs, the coaches and the players. I think the players realise that they have got a decent opportunity here to gain some international caps.”

At the Rebels there are currently nine Wallabies. Whilst not all regulars in the side, there is naturally a scope for more to push their name higher up the selectors list, one of which being former Northampton Saint, Andrew Kellaway. Scoring seven tries in just six games before the 2020 Super Rugby season was cancelled, the wing is a hot favourite to get some time in a gold jersey.

With current Australian internationals Jordan Uelese, Isi Naisarani, Matt Toomua, Reece Hodge, Marika Koroibete and Dane Haylett-Petty in the Rebels squad, they may all be keen to put their hand up for selection during Super Rugby AU as the Wallabies haven't been in action since their 40-16 loss in the World Cup quarter-finals in Japan.

In terms of the club game, the Rebels were placed ninth overall prior to Super Rugby’s cancellation, but Parling hopes his side can hit the ground running.

“Because of this period, you have seen that some players have left and that’s the case with all teams,” Parling said. “Depth isn’t something that there is loads of in some positions. I think it is about getting the players really cohesive in what we are doing. We have had a couple of new players that have joined, they have fit in really well and all I can say is everyone is really excited.

“I can’t speak highly enough of the players, how they have presented after some time off and after what has been a lot of rubbish in the media. They are just excited to get out there and play and just get on with playing rugby.”