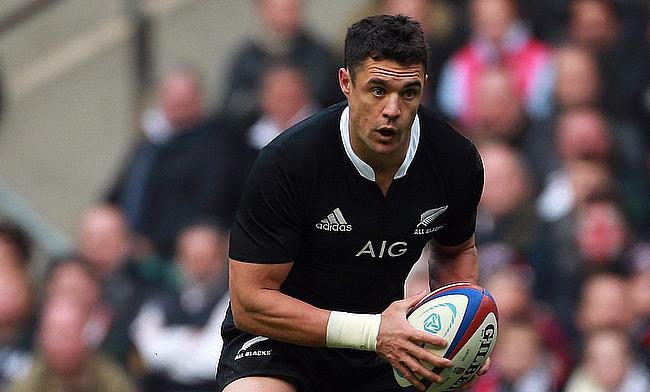 All Blacks great Dan Carter is set to make his first appearance this season as he will turn out for his home club Southbridge this weekend.

The 38-year-old was signed by Auckland Blues for the Super Rugby Aotearoa competition but missed the first two games as he wanted to get back into match fitness before making his debut for the club.

With the Blues having a bye in the fourth round, Carter feels playing for Southbridge when they host West Melton in the Ellesmere senior competition will be a step forward as he aims to return to action soon.

This will also be the first time he will be featuring for Southbridge since 2014 and will don the number 10 jersey.

“I wasn’t expecting to play any rugby in 2020 when the Japanese season got cancelled, so my lockdown was a little bit different to the Super Rugby players; not as intense training-wise, so I’ve got a bit of catching up to do,” Carter told to Newstalk ZB‘s Martin Devlin last month.

“Basically I just want to train really hard for a month, and then we can reassess exactly where things are at the end of that. If my body’s good I may be available for selection then.

“Whether I’m picked or not is going to be up to the coaches because they’ve got a lot of depth. I’m just waiting to try and contribute both on, but probably more off the field – at the moment I’m trying to get my body up to speed so I can be considered.”

Blues currently are at the top of the Super Rugby Aotearoa table with three wins from as many games and will face Crusaders next in the fifth round in Christchurch on 11th July.