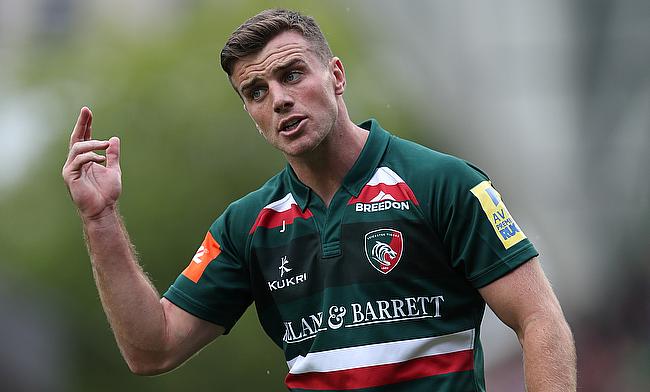 All the three players signed a fresh contract in January but now has committed to the Tigers on a long-term contract.

Ford started his professional rugby career with Tigers in 2009 and is a product of Leicester Academy. He moved to Bath Rugby in 2013 before heading back to Welford Road in 2017 and has made 90 appearances in both the stints combined.

The 27-year-old has made 69 Test appearances for England and was a key member of Eddie Jones' England World Cup squad last year where they reached the final.

“George is one of the world’s best and to have him extend his contract, showing a belief in what we are building here and the vision we have for Leicester Tigers, is exciting," said Leicester Tigers director of rugby Geordan Murphy.

“He is as professional a player as I have seen in my career, as both a player and coach, and one of the senior leaders at our club.

“George finds ways, every day, to improve himself as a player and represents what we believe is integral here in Leicester.

“There is a lot of hard work ahead for all of us at Tigers and we see George playing a key role, on and off the pitch, in our future.”

Youngs holds the record for most capped England scrum-half with 99 Tests apart from two Test appearances for the British and Irish Lions that came during the 2013 tour of Australia. He has been with the Tigers since his debut in 2006 and has played for the club 244 times that includes 168 Premiership games.

“It’s pleasing to see Ben commit to the club long-term. He is, and has been since very early on in his career, one of the world’s best in his position and to have Ben commit to our plan and vision here in Leicester is exciting for everyone in the Tigers Family," said Murphy on Young's contract extension.

“Ben loves Leicester Tigers and, like all of us at this club, wants to see it get back to where it belongs".

Meanwhile, Genge joined Leicester from Bristol Bears in 2016 and has made 70 first-team appearances for the club since then. The 25-year-old has played 18 Tests for England and was last seen during the Six Nations tournament earlier this year.

“Ellis is a unique individual who we love having at Leicester Tigers," added Murphy.

“I said in January, when he last re-signed, that what most excites me about Ellis is that he still has so much left to do in the game and so much growth in him as a player.

“You forget he is only 25, given what he has already achieved, and if he continues on the path he is on, with mentors like Boris Stankovich, Brett Deacon and now Steve Borthwick here in Leicester, it’s exciting to think about what we will get to see Ellis do in a Tigers shirt".