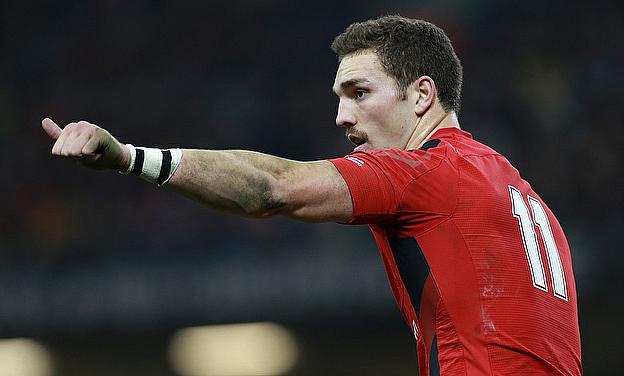 Wing George North and prop Samson Lee have both been recalled by Wales for Saturday's RBS 6 Nations clash against France in Paris.

North has not played since taking two blows to his head during a 21-16 home defeat against England earlier this month, with Wales deciding to rest him for the Scotland game nine days ago.

But Northampton star North now returns, replacing his fellow 2013 British and Irish Lion Alex Cuthbert, while Lee - who was concussed in the England match - takes over from Aaron Jarvis. Two other changes following the victory over Scotland see starts for hooker Scott Baldwin and lock Luke Charteris.

While North, as expected, is back in the fold, there is no place for Cuthbert.

The Cardiff Blues wing, who has scored 14 tries for Wales, misses out as Wales head coach Warren Gatland fields a back-three of Leigh Halfpenny, North and Liam Williams.

Baldwin and Charteris, meanwhile, are promoted from the bench on duty in Edinburgh, replacing Richard Hibbard and Jake Ball, respectively.

While Gloucester forward Hibbard is included among the replacements, Ball does not make the match-day 23, with Wasps' Bradley Davies chosen as second-row cover.

With Baldwin and Lee both featuring alongside Gethin Jenkins, it means Gatland reunites the front-row that started Wales' 12-6 victory over South Africa earlier this season.

Gatland said: "We have made some tough calls and there were some tight decisions, but it is a very strong team we are putting out.

"We have a lot of strength in depth at second-row. It is a chance for Luke Charteris to get a start, and we have been impressed with Bradley Davies as well.

"It is nothing against Jake, but we have a lot of strength in depth and it's an opportunity to see the other two.

"It's a chance for Scott Baldwin to start as well. The last time he started he went well in the victory over South Africa.

"It is great to have Samson back available, and it was a tough call in the back-three, but we have decided to go with Liam and George.

Wales are chasing a fourth successive Six Nations win against France - Les Bleus have also failed to score a try during that sequence - while flanker Sam Warburton will captain his country for the 33rd time, equalling Ryan Jones' Wales record.

A Wales victory at Stade de France would keep them in the Six Nations title mix ahead of hosting reigning champions Ireland on March 14.