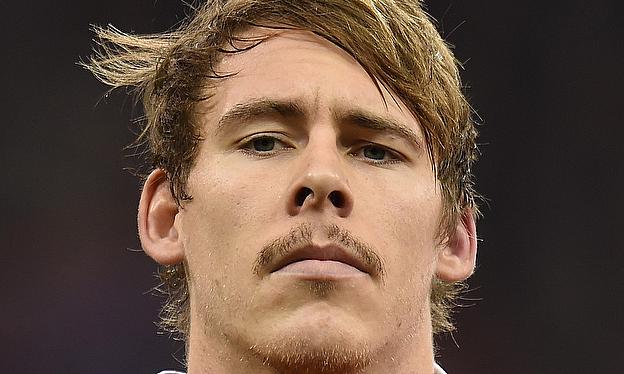 Wales will aim to get their RBS 6 Nations campaign back on track this weekend - and there could be a few Wilfried Bony-style dance moves to accompany any victory over Scotland.

The Manchester City and former Swansea striker's goal celebration would probably top any list of the unexpected at Murrayfield on Sunday, but Wales wing Liam Williams might have other ideas.

Williams, who replaces a rested George North against Scotland, has already thrown some Bony-type shapes on the rugby pitch.

His try celebration for the Scarlets against Welsh regional rivals the Ospreys earlier this season drew comparisons with Bony, who Williams knows through the Ivory Coast star's former Swansea team-mate Ashley (Jazz) Richards.

And a repeat performance in Edinburgh cannot be ruled out after a week when Wales faced the music following their dismal 21-16 home defeat against England.

''The first thing is to think of the team and do whatever it takes for them,'' Williams said.

''It's all about working hard, sticking to the game-plan and getting the win.

''If I am lucky enough to get a try, happy days. I may celebrate, I may not - I have to score first. It's international rugby and tries are not exactly easy to come by.''

With North taken out of the firing line after being concussed in Wales' autumn defeat against world champions New Zealand and then taking two heavy blows to his head during the England game, Williams has a golden chance to shine on Sunday.

''Having played a couple of games in the Six Nations last year and been picked on the bench last week, I am really looking forward to starting against Scotland.''

Williams normally fills the full-back role, rather than wing, for his region, but he said: ''It's not massively different.

''I do prefer playing number 15, but I would play flanker, or even hooker, for Wales if it meant getting a game. I am just happy to be in the team. Hopefully, I'll go out and have a good game."

Wales have not lost to Scotland during Warren Gatland's coaching reign, beating them seven times in succession an Williams added: " 'I think the key is holding on to the ball, going through the phases and trying to create.

''Ideally, we want to bring about situations where we have high numbers - our backs - against low numbers - their forwards.

''If we can create mismatches, hopefully the backs will score some tries. That's the plan, anyway, with Leigh (Halfpenny) kicking his goals.''