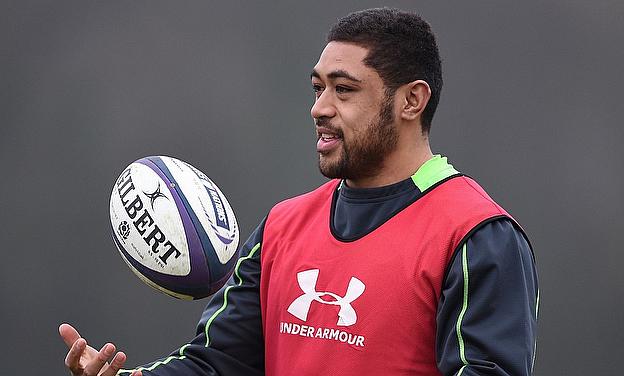 Taulupe Faletau believes the best is yet to come from his fellow back-row warrior Sam Warburton as he prepares to equal a Wales Test match record in Paris next weekend.

Number eight Faletau has been at Warburton's side throughout that period, with Dan Lydiate completing a back-row unit that ranks among the most consistent and destructive in world rugby.

Faletau made his international debut against the Barbarians in June 2011 - Warburton's first game as skipper - and has witnessed the 51 times-capped flanker's continued excellence, both for Wales and when he led the 2013 British and Irish Lions to Australia.

"They chucked him in quite early as captain (Warburton was 22), and he's done well," Faletau said.

"He has led by example, that is what I think he has done best. Every year, he gets better and better as a captain.

"Sam will speak about it himself, saying it was a bit weird and awkward being so young and having so many experienced boys listening to him. He has definitely grown into it, and he will only get better.

"He talks when he needs to and leads by example. On the pitch he does what he needs to, and the boys follow.

"His trademark is his character. He does his job, and he does it well.

"He has earned that respect from other players from what he has achieved with his home nation. He has got the team to a (World Cup) semi-final, won a (Six Nations) Grand Slam and a championship."

Personal landmarks will not be on Warburton's agenda at the Stade de France next Saturday, though, where a Wales win would keep them in the hunt for Six Nations silverware ahead of hosting title holders Ireland two weeks later.

Wales still have it all to do - they need unbeaten rivals Ireland and England to both drop points, while they keep winning themselves - so the odds remain stacked against a third Six Nations title triumph in four years.

But Wales have impressive history in that respect, winning the Six Nations two years ago when they reeled off four successive victories following a home defeat against Ireland.

"It is kind of out of our hands at the moment," Faletau added.

"We can only concentrate on what job we need to do and take each game as it comes. That will keep us in contention if anyone slips up.

"If we win our games, hopefully someone slips up and we sneak in there. The team has been through this before. We can draw from that experience and hopefully push on.

"Winning in France two years ago was the catalyst to us winning the Six Nations.

"Hopefully, last weekend (against Scotland) was that for us again, and we can push on from that and get another good win next weekend. We will find out soon enough."

France have not scored a try against Wales since early 2011, failing to breach their defence during a titanic World Cup semi-final in Auckland later that year and then drawing three successive Six Nations blanks.

Wales can also reflect on a solid 50 per cent success rate from eight previous visits to the Stade de France, so they are eminently capable of keeping themselves in the Six Nations mix.

"It is going to be tough, but the boys are hoping for another win," Faletau said.

"France are always dangerous from everywhere, and you don't really know what is going to happen until you are on the pitch.

"They are going to be dangerous, and we have to try to match that and come away with a win.

"We accept any challenge that is put out there for us - we will not back down from anything. That is the character throughout the squad."