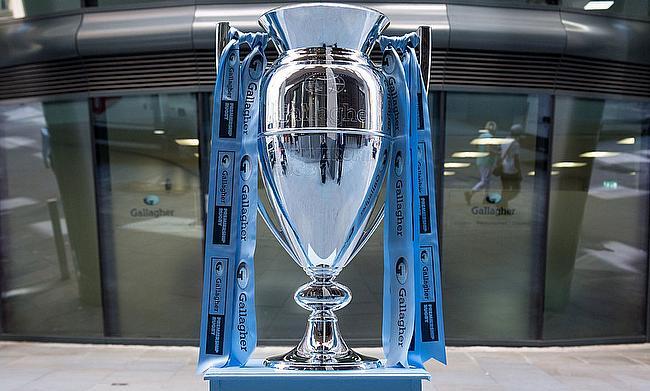 The Gallagher Premiership season will kick-start on 18th October
©PA

Premiership Rugby has unveiled the fixtures for the 2019/20 season of the Gallagher Premiership that will kick-off on 18th October.

The opening game on Friday will see Bristol Bears locking horns with Bath Rugby with kick-off time at 19:45 local time and in the following day there will be four fixtures that will see Exeter Chiefs, Sale Sharks, Saracens and Worcester Warriors locking horns with Harlequins, Gloucester Rugby, Northampton Saints and Leicester Tigers respectively.

The final game of the opening week will see Wasps hosting newly promoted London Irish on Sunday with a kick-off time of 15:00.

“We couldn’t have asked for a better start than Bath Rugby. When we launched Gallagher Premiership Rugby last year – it was a huge, full house at Ashton Gate with both sets of supporters, the weather was good, we played good rugby and obviously got the win - it was a magical night," said Bristol Bears head coach Pat Lam.

“To be asked to do it again – you’ve got supporters from both sets who were there, there are people who missed out and heard about it, so there’s no doubt they’ll want to be there. There’s a good rivalry, all we’ve got to do is play our part in it and make sure we’re at our best.”

Meanwhile, Saracens coach Alex Sanderson said he is looking forward to his side facing Harlequins in a 62,000-seater state of the art stadium in north London on 28th March.

“I look forward to all the big games – I love them!” said Sanderson. “There’s no better place to play Harlequins than the big stadiums. I’m really looking forward to going down there. The boys have been there, and they’ve said it’s worth every penny of the billion pounds it cost.”

A Premiership Rugby spokesperson said: “It's not easy to deliver, but we make a commitment to our fans to announce fixtures as early as possible as we know they need time to plan. Without BT Sport's co-operation it would not be possible.”

Gallagher Premiership Rugby - Round One