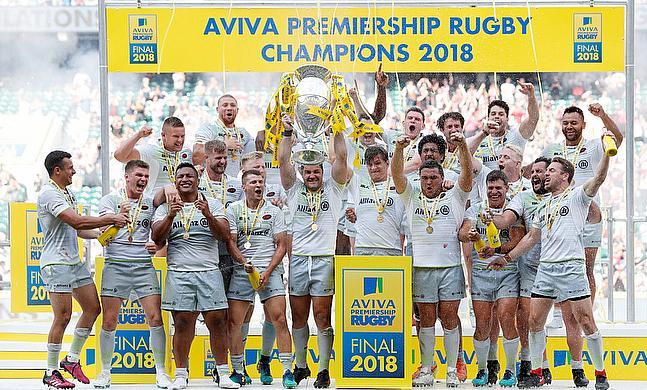 Exeter, Saracens, Gloucester and Northampton will do battle this weekend for a place in the Gallagher Premiership final, but who will book a ticket to Twickenham?

Saturday’s early kick off will see a Danny Cipriani inspired Gloucester side travel to the Allianz in an attempt to topple the European Champions. Gloucester beat Saracens the last time the two sides met, a 30-24 win at Kingsholm in late February.

However, in the fourth round of this season’s Premiership campaign, a rejuvenated Gloucester went to the Allianz and were comfortably beaten 38-15. Cipriani didn’t look at his best, possibly the artificial pitch being a reason for this. Now Premiership player of the season, Cipriani will be brimming with confidence coming into this knock-out fixture.

Six shining stars were nominated, but there could be only one winner...

Danny Cipriani has been named Gallagher Premiership Player of the Year ??

Saracens, much like Gloucester, featured a vastly inexperienced team last week out in their defeat against Worcester. Mark McCall has reintroduced the likes of Owen Farrell, Ben Spencer and Alex Goode so with Saracens currently peaking in their confidence after European success, they are a frightening prospect for a side that has to travel to north London.

The key battle between players this weekend will be between the two full-backs. Jason Woodward and Alex Goode have been praised throughout the season for their fantastic ability to change a game with relative ease.

Goode was named European player of the year following the Champions Cup final in Newcastle and has played multiple positions in the Sarries system, adding to his prowess. Woodward has had a disrupted season due to injury, but still has been able to add to his highlights reel.

The duo are seemingly out of favour with Eddie Jones having both been involved in England training camps. As a result, fans of Premiership Rugby get to see the two stars week-in week-out, so to see them up against each other should be a treat.

Playing one another just last weekend, it is difficult not to see a similar result, unless Saints learn from last weeks mistakes. Unable to score a point in the second half, Saints couldn’t solve any of the problems that Chiefs met them with.

Despite this, there were positives to be taken from the first half performance. Cobus Reinach was as sharp as ever, Rory Hutchinson is looking like he could be Scotland’s starting 13 in Japan and their forward pack are slowly becoming more dominant as time goes by.

*Pretends to be shocked* ??

Each side has had the bragging rights against each other at least once this season, so it is very difficult to say who could win, especially in knock-out rugby. Similarly, to last season, Joe Simmonds has taken a starting berth in the Exeter line-up, possibly as a way to rest legendary fly-half Gareth Steenson.

With many of the Chiefs long-term injured players recently returning to fitness, the side finally have the depth that they have missed at times this season. Sam Simmonds was on the bench last weekend and Scotland international Sam Skinner has also been back in the squad in recent weeks.

Whilst there are many options to choose from, the battle between Rory Hutchinson and Henry Slade is incredibly unique. Both players are out and out playmakers, playing deep in the midfield and link up extremely effectively with their quicker, and in some cases, bigger backs.

Both have had outstanding seasons, Slade has cemented himself as an England player, whilst Hutchinson has earned a Scotland call-up having been part of the Scottish Exiles set-up as a youngster.

The case with both players is that they can do it all. They can dictate the pace of games, attack as individuals, show great distribution and possess international quality. If anything, this match-up will add to the clash and could even decide who comes out on top.